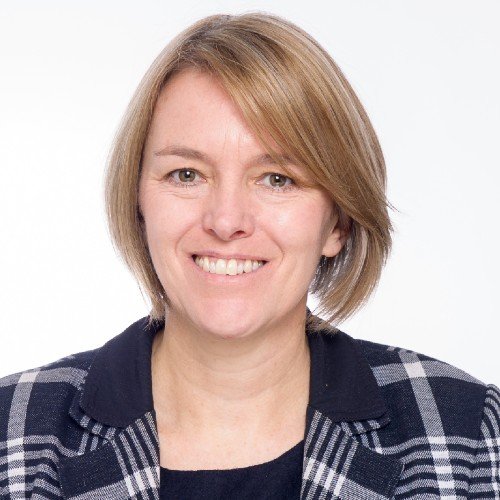 Jill’s career at Centrica began in 1988 as a graduate trainee in British Gas where she cut her teeth in marketing and training, before focusing on the people in our upstream and downstream businesses and in Goldfish and the AA, which Centrica then owned.

Following her role as HR Director in British Gas Business, Jill was appointed HR Director for British Gas Energy (BGE) in March 2007 – a role that saw her determining and delivering the people agenda for 25,000 people in the UK, India and South Africa.

In Jill’s two years at BGE, customer service improved dramatically and the company was named the 17th Best Big Company in the UK to work for by The Sunday Times, as well as a Great Place to Work in The Financial Times – titles that British Gas has retained ever since.

In April 2009, Jill became HR director for Centrica Energy, a business that sources, generates, processes and trades gas, oil and power in the UK, Norway, the Netherlands, Nigeria, Qatar, Egypt and Trinidad and Tobago. And, in the second half of 2009, Jill’s role saw her leading the successful integration of Venture Production following a £1.3bn takeover, and building a nuclear business following the £2.2bn acquisition of a stake in British Energy.

Jill’s focus in Centrica Energy was on driving business performance through cultural change and building a great place to work. During her time in Centrica Energy the company transformed, growing by over a third. During this period of significant change, Centrica Energy achieved a 15% increase in employee engagement and was named one of the Top 100 Companies to Work For by The Sunday Times.

In July 2011, Jill was appointed to the role of Chief People Officer for Centrica plc reporting to the CEO, a role that means her career in Centrica had seen her progress from the most junior HR role in the business to the most senior.

She leads a team of circa 400 HR professionals and has led multiple major cost reduction and reorganisation programmes across Centrica, most recently a fundamental transformation and simplification of the company’s operating model and the reduction of 5,000 roles.

Jill’s priorities as Chief People Officer will see Centrica continue its move towards a people strategy focused on high performance and the people who deliver it.

In the 2017 New Year’s Honour’s list, Jill was awarded an MBE for ‘services to women and equality’ in recognition of her work with the Women’s Business Council.

Jill is also a Non-Executive Director and Chair of the Remuneration Committee at Thames Water Utilities Limited.

Outside of work, Jill’s husband runs his own project management business; they have two children and, in her spare time, Jill can be found walking or occasionally jogging by the River Thames.