Join this free 40 minute live d&i Leaders ‘One to One’ online conversation, with audience Q&A.

How inclusion drives innovation
Innovation is often incremental and passes us by. However, now Covid-19 is forcing radical innovations in the way we run our businesses and the way we run our lives. In this interactive webinar with two of the UK’s leading experts in the fields of inclusion and leadership we will explore:

More about our speakers 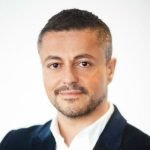 John is Director of People at HarperCollins and is responsible for overseeing all areas of the employee lifecycle from talent management, resourcing and retention, learning and development, remuneration and benefits, and employee relations across the company. Sitting on the UK Executive Board, John has also rolled out an industry-leading strategy on diversity and inclusion at HarperCollins, for which the company was recognised at the 2016 Race Equality Awards, winning the Employee Network category as well as being placed in the Top 100 Best Employers For Race by Business In The Community.  HarperCollins has been highly commended for the company’s work with Creative Access and in 2016 was the first Publisher to launch a BAME Traineeship which is now in its third year running. John joined HarperCollins from Time Warner, a leading media and entertainment company whose businesses include interactive services, filmed entertainment, television networks and publishing (Warner Bros, Time Inc. HBO, IPC Media, AOL Turner Broadcasting etc.). He has previously worked in a number of HR roles in blue-chip multi-national private and public sector companies including Warner Music Group and Dixons Stores Group and Camden and Islington NHS Trust. John is Non-Exec Director for Middlesex University, supporting the strategic direction of the organisation as well as sitting on the Remuneration Committee. John has a BA (Hons) in Finance, an MA in Human Resource Management and is an ILM Executive Coach and NLP Practitioner. He is bi-lingual in Greek and English and is currently learning Spanish.  In his spare time he likes football, Hot Yoga, wildlife, travelling/safaris and the Arts/Media. 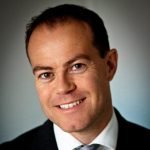 Stephen works with individuals, teams and organisations to embed inclusive leadership in their decision-making.  Clients have included governments, the military, and football teams.  His company specialises in finance, tech and the arts where they can make most difference. Previously, he was Head of Diversity and Inclusion at KPMG and from 2007-2012 Stephen designed, led and implemented the inclusion programmes for the London Olympic and Paralympic Games. From 2004-2007 Stephen established and led the workplace team at Stonewall; growing the Diversity Champions programme to the largest of its kind in the world and developing the Workplace Equality Index, which has become a standard benchmarking tool across most leading employers. He was a Hertford College Scholar at Oxford and a Fulbright Scholar at Harvard. He was elected recipient of the 2010 Peter Robertson Award for Equality and Diversity Champions, named a 2011 Young Global Leader by the World Economic Forum and voted one of the top 100 influential LGBT people in the UK.  He has recently featured on the Management Today ‘Agents of Change’ 2019 list. He teaches Inclusive Leadership at Harvard Business School, Singapore Management University and Sciences Po in France and serves as an Advisor to the British Government.  Stephen is author of The Inclusion Imperative (2014), Inclusive Talent Management (2016) and Building an inclusive organisation (2019).

Register for free now to join this live online conversation on 3 June at 2.15pm to 2.55pm BST

Live subtitles will be provided by MyClearText.

A recording of the live conversation which includes subtitles, will be made available for registered attendees to access on-demand afterwards.