Workplace microaggressions: did you really just say that?

Workplace microaggressions: did you really just say that? 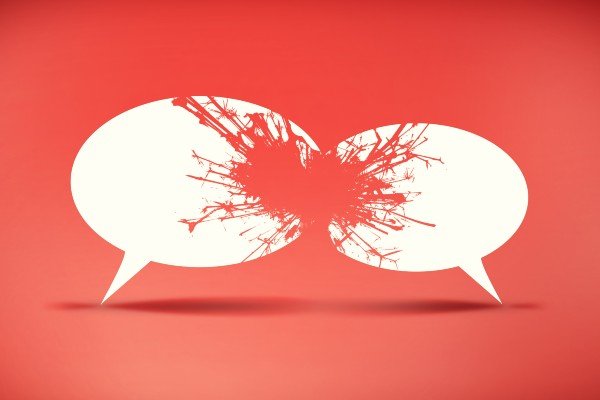 Back in February, global software company Salesforce found itself rocked by allegations of discrimination, inequality and racism following the resignation of two Black employees who experienced ‘rampant microaggressions and gaslighting’.

Former Salesforce senior manager Cynthia Perry and former designer Vivianne Castillo resigned within weeks of each other and both went public with their experiences on LinkedIn.

Salesforce may be latest company to be at the forefront of a microaggression scandal but it’s also one of thousands. Statistics of workplace microaggression and discrimination speak for themselves.

By its very nature, microaggressions, unlike covert discrimination, tends to be subtle, underhand comments or behaviours, directed at minority groups or individuals with protected characteristics. As such, it often goes unreported.

“What is interesting is that often perpetrators don’t realise they have negatively impacted the individual and don’t necessarily intend to cause hurt,” says Dr Jummy Okoya, EDI expert and associate programme leader for MSc human resource management at the University of East London. “But it’s the impact we look at, not the intent.”

According to Okoya, there are three main types of microaggressions:

Micro Assault: The perpetrator behaves in an intentionally discriminatory or offensive way towards an individual or marginalised group.
Example: Using the term ‘gay’ as an insult or telling a racist joke.

Micro Insult: This is usually a subtle act of discriminatory behaviour or comment, often a ‘backhanded’ compliment which makes someone uncomfortable.
Example: Commenting on how ‘well spoken’ someone is in relation to their race or telling someone with a disability they’re ‘inspiring’ or ‘brave’.

Micro Invalidation: This form of microaggression demeans, belittles or invalidates the experience or ideas of an individual or marginalised group.
Example: Insisting an organisation has great career progression, despite the experience of Black colleagues who have struggled or regularly ignoring a woman’s ideas in work meetings.

“It’s often hard to pick up on microaggressions because sometimes, they almost sound like a positive when they’re not,” says Philippa Willitts, freelance editor and disabled activist. “I’ve heard someone describe a Black colleague as ‘surprisingly intelligent’ and someone else refer to a colleague with Bipolar as ‘actually very reliable.’” Willitts herself has experienced countless workplace microaggressions. “When I became more visibly disabled, a colleague I vaguely knew said to me once, ‘I’d kill myself if I became disabled.”

In Willitts view, we’re better these days at recognising that throwaway comments like these are damaging, but there’s still a long way to go. “It used to be that if you hadn’t been punched in the face, you were making a fuss. But there’s still work to do. We still have to get beyond that something has to have been terrible in order for us to call it out.”

From a legal perspective, Paula Cole, partner at law firm TLT believes that employment tribunals are likely to take a ‘harder stance’ against microaggressions these days as the prevalence and impact of the issues grows.

Ultimately, microaggression needs to be called out, as they happen, says Okoya. She suggests asking questions like ‘did you actually say this?’ ‘can you explain what you meant by that?’ ‘why did you say that?’ But this isn’t always easy to do, especially if challenging or being assertive isn’t someone’s default behaviour.

“Speaking out takes courage and it can be difficult to do. This is why, when someone comes forward to management about a microaggression, in the first instance, believe them.”

In Okoya’s view, employers need to create an environment of ‘psychological safety’, but how should employers go about creating this?

Each year hundreds of senior diversity, inclusion, HR and talent professionals attend our sell-out forum over two days, to hear from expert speakers, network and exchange ideas. Take part live or view on demand – all talks are recorded so you can revisit or view at a time convenient to you.

With 30+ speakers and a unique online CPD accredited programme featuring one-to-one interviews; case studies; panel discussions; Q&A sessions and online networking tables, we are sure you will be inspired to make a difference in your own organisation. Speakers include: