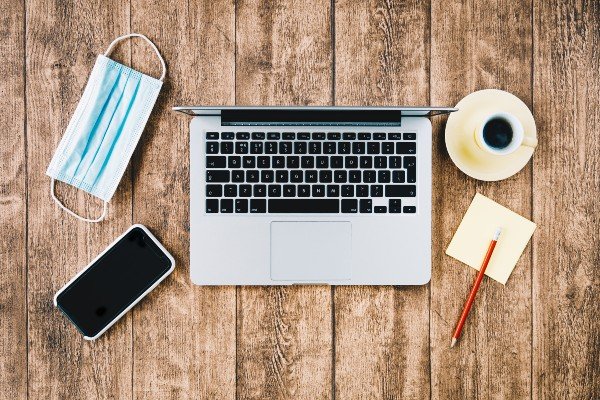 There have been thousands of column inches devoted to companies’ quick switch to remote working since March, praising their agility and pointing out how years of progress have been made in getting managers to acknowledge that staff can work flexibly and still meet their goals. But look beneath the surface, and how much of this is truly flexible working in practice?

A survey out this week by Timewise, the flexible working consultancy, found that despite organisations’ wholesale move to remote working and team Zoom calls, four out of five jobs were still not advertised as available on a flexible basis. Just 22% of advertisements analysed by Timewise said they offered flexible options, and of a sample of around 1,000 jobs that did offer flex – more than half said they would expect people back in the office once this became possible.

“There’s a difference between remote and flexible working, and also a difference between saying you can work from home and saying it’s possible but only while we’re living through a pandemic,” says Emma Stewart, Timewise CEO. With countless surveys showing that women and low-paid workers have been disproportionately impacted by the Covid crisis, employers need to widen their focus around flexible working to encompass not just where people work, but how they want to do this.

“Front line workers, who are often women with caring responsibilities, often have no option to work from home,” she adds. “So smart businesses are realising they need to bridge the gap and be more thoughtful about types of flexibility, and to be proactive about offering this rather than waiting for someone to ask.”

Be clear on flexibility

Being explicit about offering flexibility is also crucial. Insurance company Zurich recently saw a 20% jump in applicants for top jobs after it made the decision to advertise every possible role with flexible terms and gender-neutral language. It appointed a third more women for management roles following this move. Steve Collinson, Zurich’s head of HR said in response to the changes: “Embracing part-time and flexible work is not a silver bullet. But we’ve seen hugely encouraging results, simply by adding six words to our job adverts. By offering roles that fit flexibly around family life, employers could open the floodgates to a much wider pool of untapped talent. This will also help women progress into higher paid jobs whilst fitting other commitments around their careers. Workers want a new deal and there’s a danger that businesses that don’t get on board, won’t be able to compete for the best and brightest minds.”

Jane van Zyl, chief executive of the charity Working Families, says Zurich is “a fantastic example of the benefits of recruiting flexibly by default”, and hopes that other employers will follow suit. “Before the pandemic, the Government had committed to creating a labour market where flexible jobs are the default, “ she adds. “There has never been a better time for the Government to make good on this promise. Without legislation, we are going to remain in a flexible working lottery dependent on which employer or sector you work for.”

Organisations need to ensure their focus is not just narrowly on supporting women, either. Van Zyl adds: “Crucially, flexible working and taking parental leave should be seen and promoted an equally valid option for men in the workplace. Beyond employer behaviours – from a legal standpoint – we’d like to see caring responsibilities become a protected characteristic under the Equality Act. This would mean that parents and carers cannot be treated less favourably by employers just because they have caring responsibilities, which would particularly benefit mothers.”

Of course, the debate over how and when we return to work may hinge on the schedule for vaccination. While we have celebrated the first recipients of the Covid-vaccine this week, it is likely to be some months before it is rolled out across the majority of the workforce. This means agility and flexibility will remain watch-words well into 2021 as employers navigate blended working patterns on top of economic uncertainty.

The recent Forever Flex report, based on research conducted by Claremont and commissioned by Sir Robert McAlpine (SRM) and flexible working campaigner Mother Pukka, suggests that employers generally want to maintain some level of flexibility even after we return to normal – 72% of employers say they will keep flexible working, while 34% reported increased productivity during lockdown. And while support for continued flexible working fluctuates between sectors, attitudes are consistently positive. Even in construction – reliant on people being on-site – support stands at 66%.

But it’s crucial that this is true flexible working rather than simply more tolerance of employees working from home more often, says Karen Brookes, director of people and infrastructure at Sir Robert McAlpine. “The turbulent events of 2020 have made the distinction between ‘accidental flex’ and ‘true flex’ very clear. In short, ‘true flex’ working means strategically designing options that can be applied across a wide spectrum of roles,” she says. “Crucially, it’s about creating a long-term, sustainable set of policies that will make flexible working a viable option for all, well beyond the shadow of the pandemic. But for most companies. 2020 has been more a case of accidental flex – the unplanned, rapid implementation of remote working in response to the pandemic, with next to no prior thought applied to rolling out such policies.”

Brookes adds that as we go into 2021, the main challenges will be making this shift from accidental to true flexible working. “Patience will be key to success. Though easy to get carried away with the desire to offer staff flex options as soon as possible, it’s important not to jump the gun, as this could adversely affect the success of any future roll-out. Rather, companies should be looking to run pilot initiatives and trials with small sample groups before slowly introducing these across the wider range of internal teams, if successful,” she advises.

Consulting staff on how this will happen will be key to getting their engagement, and will make any policy more reflective of their true interests. “To encourage maximum buy-in, it’s important that this is a policy made for and driven by them, as opposed to being another ‘corporate whim’,” she concludes. “Though the pandemic has certainly served a fantastic ‘flex-periment” for UK businesses, more needs to be done to drive long-lasting positive and cultural change.”