Why we need to engage men in gender initiatives

Why we need to engage men in gender initiatives 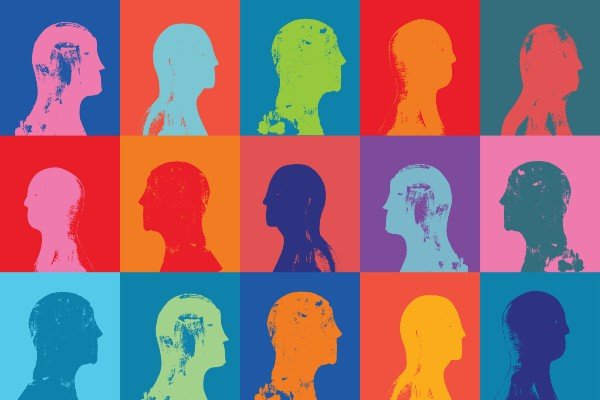 For many organisations, gender is arguably one of the ‘easier’ strands of diversity and inclusion to tackle. The issues are well recognised and publicised – such as pay gaps and a lack of female senior managers – and most people feel more and more comfortable talking about them. But what if we were ignoring a whole section of the workforce that could arguably progress the cause of gender equality?

René Bujard, a global HR leader specialising in transformation and passionate about diversity and inclusion issues, argues that in many companies, the majority of investments (money, time, energy, attention,…) towards gender equality have been oriented to foster women’s progress. This was of course necessary but not sufficient. In order to achieve systemic and lasting progress, it is now necessary to invest in training and supporting men beyond the historical focus on compliance and help them understand the benefits for themselves of improving outcomes for women and other minority groups.

“In the organizations I have worked for, most men are well intended and believe in equality” he says, “but they are not equipped to properly understand and support the transformation needed”. This means men will often only see the negatives of, for example, equal promotion strategies that demand equal men and women progress or sometimes even more women than men to accelerate progress – because it will mean fewer men than before are promoted. As a result, men remain the main barrier to sustainable progress on gender equality, even with the best of intent.

He argues that there are four levels on which we experience diversity efforts: personal, interpersonal (how we interact), systemic (processes etc) and the culture – the idea that it “has always been like this”. He adds: “As we correct the injustice at systemic and cultural level, there’s an impact at personal and interpersonal level. Feelings exist and they will be positive and negative on both sides. We cannot swipe them under the carpet, we need to deal with them. It doesn’t devalue what we’re trying to do. Rather, it is essential for the success of the change process.”

One of the issues is that people will find it easier to understand inequality fully if they themselves come from a minority group because they will have personally experienced injustice of the system. “It’s not enough for men to say ‘I have a daughter so I get it’, as it’s not the same as if you experience it yourself,” adds Bujard. “So if you want to get leaders on board, you need to find their area of difference from a variable that has historically been marginalized, get them to describe a time when they were made to feel ‘less than’. It can be eye-opening.” (This can also work with regional differences, if there has been systemic historical exclusion and/or oppression, for instance Irish versus British, he adds.)

Often people judge themselves on their intent around diversity issues (‘Of course I’m not racist or homophobic’) when they should be focusing on the feedback they are getting about the impact of what they do that is either ineffective or worse, not inclusive. Looking at it from a binary either-or issue is not helpful, says Bujard, and rather one should consider it as a continuum, for instance on a scale of 0 to 10, how inclusive am I of racial diversity? No one is a perfect 10. We can all do better.

Research from not-for-profit organisation Catalyst shows how this plays out. In a recent report – Interrupting Sexism at Work: How Men Respond in a Climate of Silence – an overwhelming majority of men (86%) said they are personally committed to interrupting sexist behaviours when they see them in the workplace, but only 31% felt confident in their ability to do so. Men who perceive higher levels of silence tend to see a risk of more interpersonal costs, more work-related costs, and fewer benefits of confrontation, it found.

Its MARC (Men Advocating Real Change) strand of research grew out of a realisation that men were often not engaging in diversity initiatives. “We identified three key barriers: apathy (‘what has this got to do with me?’); lack of awareness and ignorance of gender issues. There was also a fear that they could be seen to be part of the problem, or that they would say or do the wrong thing,” explains Sandra Ondraschek-Norris, vice president for Global MARC Learning.

What jumped out in MARC’s recent research around calling out sexism was the importance of the climate in which gender and diversity issues are discussed. “The biggest predictor of whether someone would be an active advocate was a sense of fair play, a strong sense that equity and inclusion were part of the way the world should be,” she adds. Additionally, it often came down to the positioning of gender issues in the organisation.

“If gender policies are positioned as ‘something for women’ or a ‘women’s issue’ they were not as effective. We need to create and sustain policies around things such as parental leave and flexible working that benefit men too, so they need to be part of that conversation,” says Ondraschek-Norris. “It’s a combination of the climate and men’s personal agency. They might want to speak up but leaders need to create an environment where they feel comfortable and role model the behaviours they want to see.”

Leaders really have a crucial role here, she adds. “If gender equity is not positioned as a leadership challenge, it’s also less likely to see progress. If you position it as this, it has to involve the men.” Taking ownership of understanding gender issues is also something men will need to get used to – it’s not up to women to educate men on this, she says. “Men need to learn, reflect and take stock – see how their privilege plays out. It’s a process but a lot of it is about just opening up the dialogue.

For Bujard, it comes back to making it important on a personal level for senior leadership teams, which do still tend to be majority male. “They may believe change is important, but until they feel it’s important to them as well as those groups they’re trying to support, sustainable lasting change won’t happen.”