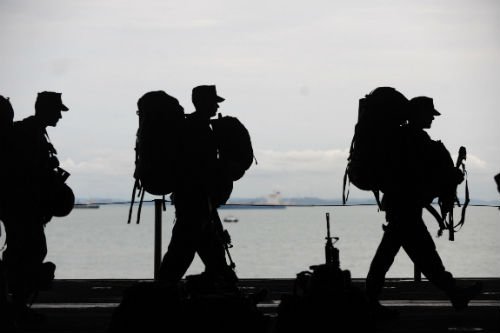 One of the strongest business cases for pursuing diversity and inclusion initiatives at organisations is to widen the talent pool. With numerous areas suffering from acute skills shortages, opening up the applicant field to a wider variety of groups makes clear commercial sense.

Ex-military personnel is one such group that many businesses realise has huge potential. Amazon, for example, has a dedicated programme that it claims “exists to educate and excite veterans, transitioning service members and military spouses about the wide range of job opportunities open to them at Amazon”. The company argues that it has a “bias for action” and a focus on delivery on behalf of its customers, and these are qualities familiar to those who have served in any of the armed forces.

A survey by forces support charity The Poppy Factory recently found that 82% of employers recruiting ex armed forces staff cited communication skills as their top quality, followed closely by teamwork (79%) and self-management (74%). Another survey, from the Federation of Small Businesses, revealed that 35% of member companies taking on ex-forces personnel felt it helped to resolve skill shortages, while 27% felt it improved team performance.

But despite the clear positive reasons to hire more individuals who have left military service, there are still reservations among hiring managers. Some have concerns that veterans will suffer from mental health issues that affect their job – for example last year, armed forces minister Tobias Ellwood complained that portrayals of ex-military employees on TV such as in the BBC hit drama Bodyguard – where the protagonist had PTSD – were having a damaging effect on veterans’ job prospects. Yet managers might be surprised to learn that rates of mental illness among service leavers are generally lower than those among the wider population, according to a study of 10,000 veterans published in the European Journal of Psychotraumatology.

There’s also a perception that life in the military is so regimented that former employees might struggle to adapt to working on ‘civvy street’. Craig Melvin, a recruiter at Travis Perkins, which works with the Poppy Factory to attract former military personnel into its business, says the opposite is the case. “The challenging and often hostile environments that veterans are expected to work in during their time in service ensures they are able to adapt to new situations with ease. They will be hardworking team players and possess high levels of integrity, all attributes that are highly desirable across all functions of our business.”

Part of being an inclusive business is being conscious of others’ lived experiences and this is absolutely the case when it comes to bringing ex-military personnel into your teams. Where they’ve had to make quick decisions in the line of duty translates well to a fast-moving workplace, for example, while leading teams of soldiers or naval personnel means they often possess great people management skills. But that’s not to say companies cannot make processes more inclusive of their needs – according to military charities, many ex-forces candidates face challenges in crafting a CV that will be understood in a commercial environment, or explaining how their military experience translates into a civilian workforce at interview. Managers must not be afraid to adapt their questioning to make candidates feel at ease, or to probe further where they don’t understand.

There is limited support for those leaving the army, navy or air force through government initiatives such as the Career Transition Partnership, but their resources only go so far. Organisations that actively recruit veterans don’t only benefit themselves through access to sought-after skills and enthusiasm, but also help society by helping to reduce unemployment or reliance on benefits.

Business in the Community has developed a toolkit to support employers to recruit veterans, and its advice includes:

As part of the wider diversity picture, recruiting former military staff could be a real game-changer in terms of skills. But not only that, encouraging managers to embrace teams that have diverse experiences behind them – whether that’s on the front line or a more ‘traditional’ career path – can help to move your organisation to a genuinely more inclusive culture.