Why #MeToo is a diversity issue

Why #MeToo is a diversity issue 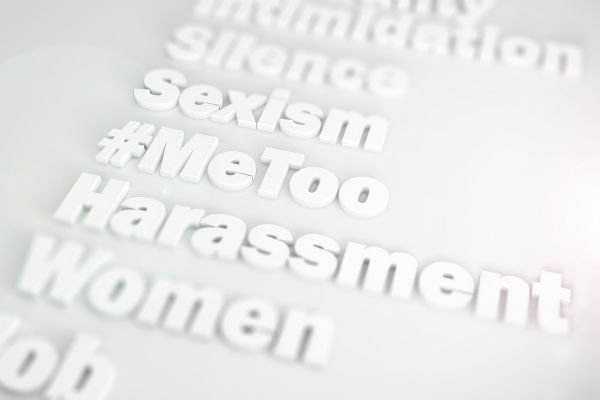 The #MeToo movement is two years old this week, marking a monumental social media campaign that saw thousands of (mostly) women admit to being sexually harassed, often as they went about their work. The sharp focus on the time was on Hollywood movie producer Harvey Weinstein and allegations of rape and other sexual offences, but underneath those headline-grabbing stories were many more of innocent workers subject to lewd passes, ‘banter’ that crossed the line and unwanted physical contact.

The government promised to legislate on how allegations of sexual harassment are dealt with at work, pledging to crack down on the use of non-disclosure agreements (NDAs) by employers to cover up bad behaviour. There has been a consultation into how this might work, but legislation is yet to reach parliament and Brexit could mean it won’t be drafted or read until next year the earliest.

So why is this an issue for diversity professionals? The #MeToo movement shone a light on women’s voices more generally at work – after all, if perpetrators of sexual harassment could escape reputational damage and sanctions through NDAs, where else were women being not listened to at work? The fact that one in 12 workers at Lloyd’s of London say they have witnessed some form of sexual harassment in the past year shows just how insidious these incidences can be. And the consequences aren’t just the physical and mental scars of harassment; what are the chances that many of these women (particularly if they’ve spoken up) have been passed over for promotion or missed out on bonuses? That’s when it becomes an equality issue.

Earlier this month, more than 100 female leaders launched the #MeTooPay campaign, including high profile businesswomen such as GSK boss Emma Walmsley, former Royal Mail chief executive Moya Greene and former TalkTalk chief executive Lady Dido Harding. It followed a sex discrimination case involving French bank BNP Paribas, where Stacey Macken was a victim of sexist behaviour from her bosses and one morning came in to find a witch’s hat on her desk. She noted how over a five-year period, her male colleague received about £237,000 in bonuses, while Macken was offered just £33,000. When she complained, she was victimised even further.

The Young Women’s Trust has also revealed some worrying statistics this week, suggesting that one in four women fear they would be sacked if they reported being sexually harassed at work. Sophie Walker, the charity’s chief executive, said: “We are calling on the government to make it mandatory for all employers to protect their workers and volunteers from harassment and victimisation.” She asked for employers to make it easier to report abuse by customers and clients, as well as colleagues, and put in place unbiased reporting processes that do not penalise victims, adding: “When will the men who make political decisions, run workplaces and lead businesses decide that respect and equality for women is important?” Many feared that reports would mean being given fewer hours, highlighting how that power imbalance can be even more damaging for those in zero-hours or casual roles.

Support needs to be more than a token gesture. Solid, unbiased reporting mechanisms are a great start, but should be backed up by a culture where colleagues feel comfortable speaking out and challenging this behaviour when they see it. The CIPD advises the following: “Alongside policies, employers should promote the importance of respect between employees at every level of the organisation, encouraging a supportive and inclusive culture so that people’s behaviour reflects the right values. Senior leaders need to take a visible lead on the issue and set the tone for fostering a working environment where people feel empowered to speak up.” Set boundaries and ensure that policies include the steps the organisation will take, grievance procedures and a timescale for action. Managers should have conversations with employees about the organisation’s values, be aware of team dynamics and ready to step in if staff act inappropriately. Crucially, performance and pay conversations must remain independent of any historical or current allegations.

It could be months before we see legislation that will give women more protection at work against sexual harassment – but regulation alone will not be enough to stamp out discriminatory attitudes and behaviour towards women in the workplace. That’s why action on this needs to be central to wider diversity and inclusion strategies – and not something that’s swept under the carpet.