Why is cultural intelligence so important right now?

Why is cultural intelligence so important right now? 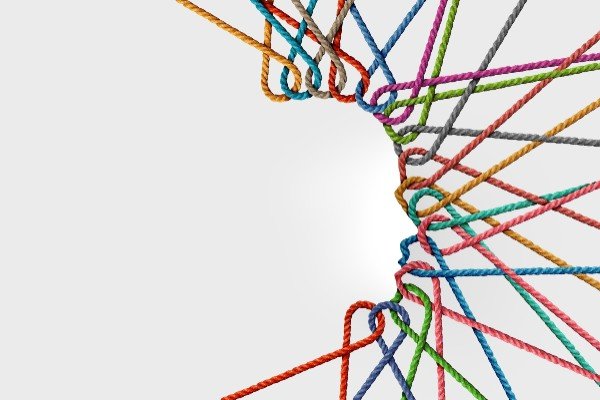 The pandemic crisis has shown, more than ever, that leaders of organisations need emotional intelligence and empathy as much as they do strategic skill. For years, coaching experts have extolled the virtues of building our ‘emotional quotient’ or EQ, as opposed to IQ, and last year was when this really came to the fore. But a further dimension is emerging among inclusive leaders – the power of cultural intelligence.

Dr Sandra Upton is vice president for global diversity practice at the Cultural Intelligence Center, which has developed a way of measuring and developing cultural intelligence both at an individual and organisational level. She argues that ‘CQ’ picks up where EQ takes off. “When we talk about intercultural competence we talk about awareness and sensitivity,” she explains. “These are important, but don’t guarantee our effectiveness. CQ is the capability to function and relate effectively in culturally diverse situations.”

You have the will – here’s the skill

After the shockwaves of George Floyd’s murder and the Black Lives Matter movement over the past 12 months, many leaders “have the will and desire to do the right thing but may not always have the skill – the intelligence is the strategic link,” she adds. CQ doesn’t just apply to race, either. It can support employees to develop an understanding of why someone from a different background (could also be class, neurodiversity, gender for example) might experience something in a certain way, and help them to decide what behaviours might be appropriate in that context. There are four key elements, explains Dr Upton: understanding motivation and drive; building knowledge (what do we need to learn or unlearn?); developing a plan (your D&I roadmap or personal strategy); and finally action. “An assessment tool measures the individual for development – they can see what their CQ is, go on a journey and improve and compare. We can do this at an organisation and systems level too.”

Why is this important? Dr Upton argues that while many organisations strive for diversity of representation, this doesn’t guarantee inclusive behaviour. But likewise, a non-diverse team with a high level of cultural intelligence can outperform a less diverse one. “If we don’t know how to leverage that diversity it won’t make any difference,” she adds. “Homogenous teams can outperform culturally diverse teams where they lack cultural intelligence. Add CQ to the mix, however, and those homogenous teams won’t come close.” Nic Paul, founder of the Good Work Life consultancy, argues that developing CQ is part of becoming more deliberate and intentional about how we interact with others. “Just because you have high emotional intelligence that doesn’t mean you’ll relate to people from different cultures,” she says. “As for example a white woman working in HR you might have everything in common with someone else and you can use your EQ, but put yourself opposite an 80-year-old man from Japan and you’ll find that hard work.”

Paul says that CQ can be a foundation for organisations to really spur action, rather than promises. “There is so much pressure in this space from employees and shareholders to get results but it takes time to get there. This reassures people they can be more conscious rather than taking a panicked, scattergun approach,” she adds. So if an organisation was about to introduce conscious inclusion training, for example, it introduces a reflective approach on the ‘why’ rather than introducing it and hoping it works. “It serves as a reminder: have we explained why we are doing this, why it’s important, who it is aimed at, what the actions are and how they will be measured?” Running CQ exercises alongside other personality assessments can be even more informative, helping leaders understand how their behaviours are triggered and to see the relationship between cultural intelligence and personality traits. In the future, we could see more organisations recruiting around CQ, particularly at leadership level, she believes.

James Meachin, a partner at business psychology firm Pearn Kandola, believes we understand cultural intelligence from two perspectives: “what we know, and our habits of thought”. So the first might refer to our understanding of traditions or customs in certain cultures, while the latter is more about how open we are to others’ experiences. There are risks with attaching too much importance to the first, he explains: “In particular, this kind of cultural knowledge can lead to a set of narrowly-defined expectations, where members of that culture are stereotyped, and the ‘cultural visitor’ is less flexible in their own assumptions and behaviours. Furthermore, this can lead to negative perceptions of people from that culture who do not conform to those cultural stereotypes and expectations.” Developing the second can be more beneficial, he adds: “People who are high on openness to experience are naturally inclined to seek out new information, show curiosity, and question and adapt their current beliefs and behaviours. Researchers have found that these behaviours are important predictors of cultural adaptation (how successful someone is at adapting to a new culture), and performance, such as working in multicultural teams.”

On a practical level, these habits can be taught, practiced, and refined over time, he adds. “Researchers have shown that training can improve cultural intelligence, with knock-on benefits such as increases in innovative work behaviour. For example, it is possible to develop strategies for increasing meta-cognition – which is the ability to consciously question one’s own cultural assumptions, reflect during interactions, and adjust one’s understanding as a result. In addition, motivation is also important as these processes require both time and effort, and this can be enhanced by sharing evidence of benefits both for the individual and others. Finally, training also needs to address behaviours and skills, in particular, the ability to show flexibility in adopting a range of interpersonal, communication, and management styles.”

Developing these skills is important in a time of not only wide societal change but where organisations are recruiting more globally as employees can work from anywhere, concludes Meachin. “Inclusion and social justice are important considerations for a new generation who are entering the workplace and organisations need to show that they are ‘walking the talk’ on these issues.”