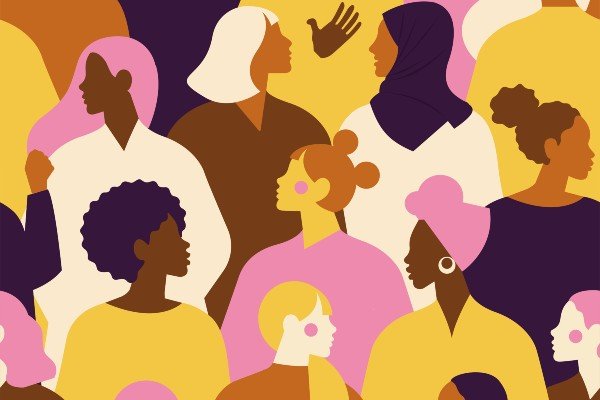 It was recently revealed that more than a third of board members across the FTSE 350 are women, meaning that corporations had met the targets set by the Hampton-Alexander Review four years ago – seemingly a cause for celebration. But looking more closely at who is occupying those top jobs and there is still an alarming lack of Black, Asian and ethnically diverse women.

The 2020 Sex and Power Index published by the Fawcett Society earlier this year found, for example that while women make up 30% of university vice-chancellors, only one percent are BAME. None of the chief executives of FTSE 100 companies were Black, Asian or from another ethnic minority group when it carried out its research, and there has never been a Supreme Court judge who is a person of colour. The recent experience of Black family law barrister Alexandra Wilson, who was repeatedly mistaken for a defendant in court despite explaining that she was a barrister, highlights how the intersection between race and gender can shape people’s experiences at work.

Carol Campayne, executive director of the Diversity Practice, set up Different Women in 2007 to research the experiences of Black, Asian and ethnically diverse women at work. “It became really obvious that the word ‘women’ in a diversity and inclusion context had been appropriated by white women,” she says. “I was part of a group of high-achieving Black women who had raised their game, and I questioned where were our stories? Seventy percent of women in the world are not white, so why are we seeing the narrative focusing on the 30 percent?”

Organisations need to create policies and cultures that value different women and their contribution to the world of work and society at large, she adds. “When you’re creating policies, who are these for? Do they take into consideration the Black woman who may have three boys at secondary school and the challenges those boys might have? Or the fact Black women are statistically more likely to die at certain points of their pregnancy?” The Covid-19 pandemic has highlighted the different risk factors and experiences of Black and ethnic minority communities.

Ann Allcock, head of diversity at e-learning company Marshalls and former manager of the workplace diversity and advisory team at Business in the Community, believes more and more organisations are starting to wake up to a more intersectional approach. However, when the Equality Act came into force 10 years ago, arguably an opportunity was missed when a clause on making multiple discrimination unlawful was not enacted. “This would have put intersectionality on the agenda a decade ago,” she says. “Now we’re just evolving in our understanding of what it is.”

Collecting data across multiple characteristics and being able to cross analyse it is crucial, she adds. “Look at promotion in different categories, as well as retention. Have you ever broken this down? If Black and ethnic minority women are being promoted but not men, what’s going on? Look at the processes to see what is making that occur.” Allcock adds that organisations can hang back from deep analysis out of fear of what they might find. “It can be shocking. Organisations can be horrified by a particular statistic if one particular community in your employee group is experiencing disadvantage. But if you do this, it can help target resources in the right place.”

Responding to insights from data is important, but equally crucial is to “listen and learn, and do so without being sceptical”, says Allcock. One route to hear more about different groups’ experiences is through employee networks and resource groups, but she reminds us that even these can be siloed. “If you have a carers’ network, does it cater for gay families, for example. Campayne agrees: “Look at your gender network, is it 88% white? Then that’s a white woman’s network. Organisations need to create an intersectional strategy as well as focus on becoming anti-racist. “It’s beyond listening now, it’s about responding,” she adds.

Speaking at last month’s d&i Leaders Race at Work Online Summit, Sheree Atcheson, global director of diversity, equity and inclusion at Peakon, argued that we need the same level of accountability for ethnicity as with the gender pay gap. “Focusing on gender alone must include women of colour, otherwise you’re not benefitting women as a whole,” she said. “You can’t hide behind the fact you have 30% female leaders.” The analysis and accountability can go deeper, too: “Think about the BAME (Black and minority ethnic) moniker too – you can say 40% of your tech practice is BAME but that may mean that only 3% of those people are Black, and 37% are Asian.”

Campayne believes that – while “it took a man dying for people to be ready to listen”, referring to the murder of George Floyd by police officers in May – at least organisations are beginning to have more substantial conversations about race now. “They’re beginning to look at how they turn intention to impact. How a common purpose, being intentional in our relationships, speaking up on behalf of others, could be a tipping point for change.”

Carol Campayne will be joining a panel session at the 2nd annual d&i Leaders Women at Work Summit, taking place online on 26 January.

80+ organisations have already confirmed their participation. Take part live or view on demand – all talks are recorded so you can revisit or view at a time convenient to you.

This is the largest annual event bringing together HR, diversity, inclusion and talent related professionals committed to ensuring ALL women are represented at every level of their organisations.

Our 2021 chair is Charlotte Sweeney OBE and the day features a host of other expert speakers from a range of employers including: