What will it take for diversity and inclusion to be taken seriously by boards?

What will it take for diversity and inclusion to be taken seriously by boards? 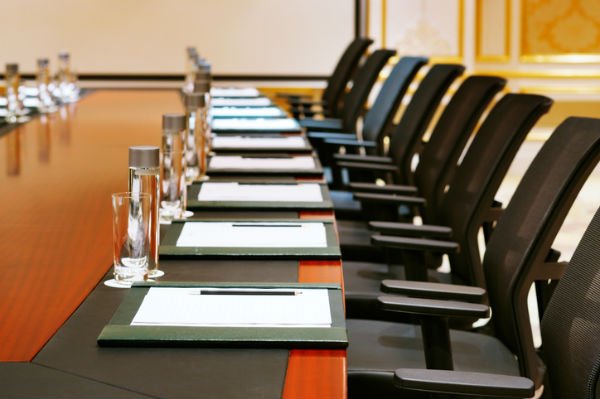 Senior executives make grand promises about improving diversity, and legislation such as gender pay reporting is pushing that agenda further. But if they’re so committed, why aren’t things moving faster, asks Gamiel Yafai?

It’s rare to find a senior executive who does not claim to be committed to promoting diversity and inclusion in their business. They’ll list every initiative they’ve sponsored, how they want to represent their customer base better, the better representation they’ve fostered for minorities in their organisation.

Looking at the figures though, how far has UK business actually come in terms of shaking up its culture? Female representation on FTSE boards has steadily increased and gender pay gap reporting legislation has pushed the dial on women’s pay, but progress in other strands of diversity is near stagnant and discrimination is still very much alive and well.

It’s not as though leaders lack the evidence that diversity is good for business. They’ve seen the reports from the likes of McKinsey (which argues that companies in the top quartile for diversity are 35% more likely to get better financial returns than their competitors) and the CIPD that show there are hard commercial drivers for recruiting and promoting a more diverse population.

Lack of support
d&i leaders – a network for diversity professionals – this year hosted workshops with over 100 D&I leaders to do a deep dive into the barriers that present their organisations from capitalising on the potential of their existing staff and reaching out to new talent from different backgrounds that can offer the diversity of thinking, innovation, creativity, capability and experience needed to compete and address the current and future challenges that exist in an ever changing global marketplace.

The theme that kept coming up was that they simply weren’t getting enough support from senior leaders to make real progress. The feeling is that senior leaders look but don’t really see what’s going on in their organisation from an inclusion perspective – that they are out of touch with the lived experiences of their employees. In too many companies, D&I is still being seen as a comms and an awareness issue rather than a process, policy, culture or systems issue. All of which need to be addressed to achieve Inclusivity.

There were a range of other frustrations:

Fear of change
One diversity challenge that is rarely aired publicly is the fear that many leaders feel around changing the incumbent culture. Many worry that the broad issue of diversity feels so complex and insurmountable that small measures won’t work, or lack the confidence to address uncomfortable issues head-on. Some even worry about the language they should use in these discussions, so avoid them altogether.

So with all these frustrations and barriers in mind, how can we push the agenda forward? Our members cited a number of activities they’ve undertaken that seem to be working, which include:

One example comes from Fiona Jackson, former head of D&I at energy company EDF and now a diversity consultant. She talks about how the company faced a shortage of engineers to install smart meters, and set up an apprenticeship programme to bring in fresh talent. Building targets to recruit more ethnic minorities onto the apprenticeship not only diversified the talent pool for EDF but solved a real business need.

We also heard from Vodafone, whose CEO made a symbolic commitment to changing the culture of the organisation. At one event for the most senior 200 employees, he asked for 30% female attendance, even though female representation at this level is only about 18%. This means women are exposed to senior-level discussions at an earlier stage, which helps address the ‘leaky pipeline’ issue that many companies face. Simple yet symbolic actions like this set the tone for the rest of the organisation.

Shifting priorities
Our research shows that – behind the tightly crafted statements on corporate websites and bold promises at shareholder meetings – there is still disquiet among the D&I profession, and more widely HR, that things aren’t moving quickly enough. A common thread is that priorities often get shifted, that the top teams feel they have too many other important issues to focus on. Yet moving towards a more inclusive culture could help solve those issues: a more diverse workforce caters for customers better (generating more revenue), makes for more engaged staff (which boosts productivity), and is becoming a huge factor in bidding for work.

As Mark Baker, founder of d&i leaders points out, the very make-up of the people making those decisions makes it difficult to make real progress. He says: “For organisational culture change to happen there needs to be a diverse mix of people involved in that change process. lack of diversity at senior Leader level and boards hinders that process.”

There is still a lack of understanding or real appreciation of the impact that D&I can have on the bottom line. Things may be going well now but are businesses prepared for the future. Having strong D&I practices reduces the risk of being left behind. We shouldn’t have to have our hands forced by the growing raft of legislation that tackles discrimination, or wait for the natural changes to our workforces that will occur over time, but such slow progress could mean quotas become a reality. Moving towards a culture of inclusion means everyone can feel comfortable bringing their whole selves to work and that difference can be celebrated. It’s time to make leaders listen.

* This article first appeared in Personnel Today on 28 August 2019. Click here to view.

We have produced two free reports which share more details about the workshops above, please click the links below to view.