The importance of inclusive leadership

The importance of inclusive leadership 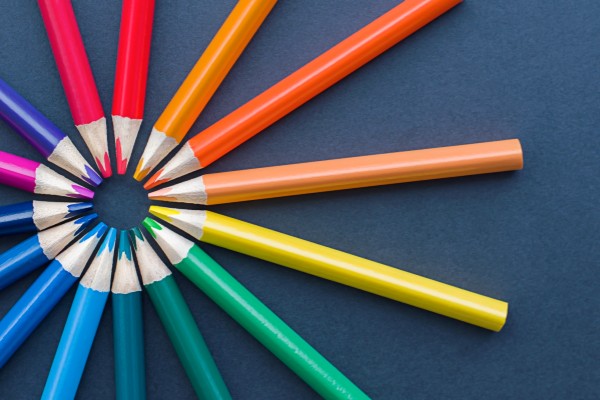 “Change very rarely starts from the top,” explains Dan Robertson, director of Vercida Consulting. “Most of the rights movements we’ve seen in past decades such as feminism and gay rights have come up from the community, while political and business leaders have often been resistant to change.”

Robertson is talking about the fact there is often a gap or delay between communities or under-represented groups in organisations coming together, and action by their leaders. Just a few years ago, many company leaders chose to stay out of political or social issues as they felt it was not their role to get involved, but this has changed. “Before, leaders would stay silent as they thought the issue was ‘elsewhere’. But now there is a growing expectation that if you’re not supporting the change process, you’re a blocker, or if you remain silent on inclusion, you’re part of the problem,” he says.

George Floyd’s death and the Black Lives Matter movement has been a major factor in this shift, but even before the pandemic employees increasingly expected that leaders speak out on key issues. Almost half of millennial employees (56%) think CEOs have a greater responsibility to take a stance than before, according to a survey by Weber Shandwick in 2017. In another survey, 40% said they would be more loyal to a job where the CEO had taken a stand on a social issue. When Coinbase CEO Brian Armstrong announced last year that he wanted to build an “apolitical” workplace – where it would only engage with social issues directly related to the company’s mission and activities – 5% of his staff chose to leave because they did not accept the new rules.

For business leaders that might have been in a C-suite role for some time, that shift is not necessarily easy or automatic. However, D&I professionals and employee resource groups can help their managers build skills to become more inclusive in their actions rather than simply standing by. “In order to become more inclusive leaders, managers need to lean into this idea of radical empathy,” Robertson advises, “to understand the experiences of those who are different from them. They can listen more, stop thinking about themselves as leaders within a hierarchy, and be open to vulnerability and admitting that they don’t know.”

Emma Allen, Head of Diversity, Inclusion and Belonging at Capital One UK & Ireland, says she doesn’t think “it is possible to maintain a positive and inclusive working culture if you don’t have leadership engaged in the process”. “They have to be visible supporters of inclusive principles but more than that, they have to put their money where their mouths are – sometimes that means making financial investments but more often it is about role modeling behaviours, taking intentional actions to effect meaningful change and considering D&I impacts in everything they do,” she adds. The company recently won an award for its mental health strategy, which involved senior leaders taking part in employee mental health network activities and speaking out about their own challenges. This has “enabled psychological safety for others to speak openly without fear of stigma”, says Allen, and has even helped to inform a mental health campaign for vulnerable customers.

One of the things that can prevent leaders from embracing a more active style of inclusion is the fear of saying the wrong thing. Every day, leaders see examples of others being ‘cancelled’ on social media for taking a particular stance or using language they did not realise was offensive. Allyson Zimmermann, executive director for EMEA at equality consultancy Catalyst, says “fear is an enormous deterrent” for CEOs and other key leaders. “It can be concerning that you might say the ‘wrong thing’ and make a mistake,” she says. “These conversations will be difficult, but they should not be considered off-limits because of this. We know that people also worry that they lack knowledge, or think that they can’t make a difference and perhaps worse that they could face negative consequences by speaking up.”

She adds that leaders do not have to be subject experts to show they care and want to create meaningful change. “First, connecting with why this matters to you will make it clear to others. If you are afraid of saying the wrong thing, that is human, but also an opportunity to get curious. Ask yourself – what part of me is uncomfortable, why, and who am I trying to make comfortable?” she says. “People will believe you when your words are anchored by your actions.” Authenticity is key – CEO activism should not be “a newsworthy soundbite”, says Zimmerman. “It should be underpinned with substantive thought and intentional action to make change at its core, and align with an organisation’s values to make a real difference and avoid accusations of performative allyship.”

From a practical perspective, coaching leaders on their listening skills can help them build empathy; supporting them to ‘self-educate’ on key issues; and building their coaching skills with people who are different to them. Data can help build the insights that can drive them to action, adds Robertson. “You may have a great score in your colleague engagement survey, but how come your Black colleagues score less and your disabled colleagues even lower? If they drill down into actions they can take, they can work with stakeholders on making them a reality,” he explains. At Capital One, leaders are actively encouraged to take “time and space” to reflect on key issues and a blog culture enables them to share their thoughts more openly. The company also has a partnership with the NeuroLeadership Institute to provide a programme called ‘INCLUDE’ (the principles of inclusion) and DECIDE (how to recognise and mitigate bias). Furthermore, there is senior-level sponsorship for each of the company’s seven business resource groups.

Most importantly of all, leaders need to recognise the way in which their position can amplify the voices of others and set the tone for the rest of the organisation. Zimmerman concludes: “It’s not necessarily about becoming an activist, but rather someone who leverages their power, privilege and influence to advocate on behalf of others.”