The complex conundrum of faith and belief

The complex conundrum of faith and belief 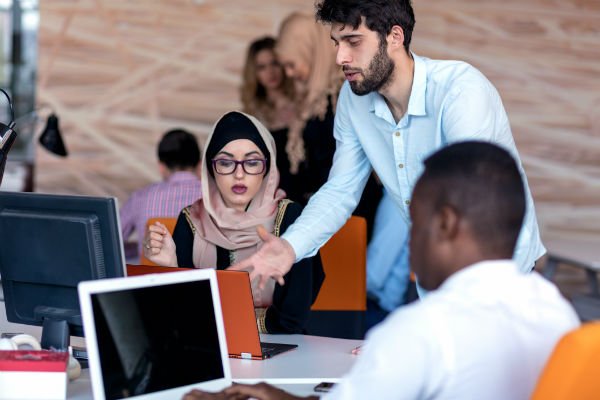 As anyone watching the controversy surrounding accusations of anti-Semitism in the Labour Party will attest, issues around faith can stir up strong emotions. As with race, faith can be a strand of diversity that employers feel uncomfortable talking about or addressing directly.

Added to that is the fact that the legal landscape around faith and belief at work is arguably more complex than it used to be. Perhaps this reflects current societal trends – the most recent British Social Attitudes survey found that more than half (52%) of the population do not see themselves as belonging to any religion, while two-thirds never attend ordinary religious services.

Yet people are increasingly directing their passion to other heartfelt causes, and this can cause issues for employers. Recent case law covers many more issues than simply respecting someone’s religion or choosing not to discriminate against that person because of that faith. In recent years, the ‘philosophical belief’ aspect of the Equality Act 2010 or religious discrimination legislation has been cited in claims that seem a million miles away from our traditional perceptions of what constitutes faith or belief.

Last year, for example, a tribunal was asked to consider whether ‘ethical veganism’ was a philosophical belief. An employee of the League Against Cruel Sports, an animal welfare charity, was dismissed for gross misconduct. He claimed that because veganism impacted every aspect of his life, he had been discriminated against because he raised concerns about the charity’s investments in companies that performed testing on animals.

A hearing was set for March this year to decide whether this fell within the definition of philosophical belief under the Act, but never went ahead. In a separate case, a vegetarian waiter resigned from his job after claiming his colleagues had given him snacks containing meat products – his claim for discrimination on grounds of religious or philosophical belief was rejected because it was deemed a “lifestyle choice”. Other belief cases have looked at whether insisting on wearing a poppy on Remembrance Sunday can be considered a sufficiently passionate belief to be protected in legislation, or whether a Christian doctor refusing to use the correct pronouns for transgender patients because of his faith was unfairly removed from client-facing work.

The difficulty for employers is that it is unclear from the legislation itself how far the definition of philosophical belief extends, so they must be guided by case law, which is constantly evolving. The Employment Appeal Tribunal has suggested some criteria:

But when it comes to dealing with these issues on a day-to-day basis in the workplace, it’s far from clear-cut.

Workplaces that take a more inclusive approach more generally are arguably less likely to land in hot water on this issue. In organisations where people truly feel they can bring their authentic selves to work, employees feel more comfortable about discussing (for example) their religious identity and how they celebrated a festival or event that links to their belief. Where others are suspicious of those that don’t share the same faith or belief as them (often because the culture is less inclusive), there is the potential for greater conflict.

At Nationwide, for example, there is a Faith and Belief network that acknowledges the changing nature of what we believe in, saying: “In Britain today, people of many different faiths live side by side. The concept of a God or a higher being, the afterlife, human nature and many more beliefs, values and traditions form the basis of our society, our workforce, our communities. Whilst there are some major differences in those beliefs there are also significant overlaps, similarities and common ground. It is these similarities that the Nationwide Faith and Belief network wants to maximise, promote and share.” Many other major employers have inter-faith networks that work together on promoting inclusion.

As attitudes change and workplaces comprise an ever-more diverse set of people with different – but equally strongly held – views, it’s crucially important that employers are mindful of their duty to ensure employees are not discriminated against because of their beliefs. But at the same time, case law continues to show us that this can be a contentious issue. Keeping the conversation going and encouraging employees to raise issues sooner rather than later can hopefully maintain some harmony, and avoid a costly legal battle.