The 50:50 Challenge: Will your organisation join the BBC in promoting gender diversity?

The 50:50 Challenge: Will your organisation join the BBC in promoting gender diversity?

The BBC has today announced ambitious global expansion plans for its 50:50 project, which aims for 50:50 representation of women and men in the media – and is seeking support from D&I leaders in major employers to do the same.

The project began as a grassroots initiative to ensure that teams within the BBC, across TV, radio and online, featured a balanced range of men and women in their items – that could be experts quoted or invited onto shows, pictures used or who they choose to present an item. More than 600 teams in the BBC itself are now signed up, and 60 organisations outside of the BBC from 20 countries have also since committed to do the same. Participating organisations include Unilever, ABC News in Australia and communications firm Lansons.

March 2020 was Challenge month at the BBC, where teams were asked to measure how they were hitting the 50% mark: two-thirds reached 50% women contributors in March, compared to a 34% before reporting. Even the arrival of the coronavirus has not prevented teams from reporting progress.

The BBC is now pledging to do the following: 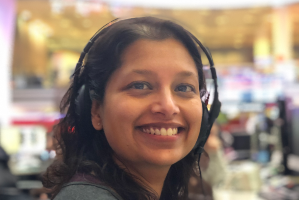 “We know there’s a demand for more female voices but we need to be able to find them,” says Nina Goswami (pictured), the BBC’s Creative Diversity Lead for 50:50 and News. “What about other organisations’ communications, are they reflecting the diversity within their own company?” How an organisation projects itself externally in its communications is crucial, she adds – they could be missing out on talented employees who are put off applying for jobs if they don’t see themselves reflected.

BBC audiences have noticed a difference since the organisation began challenging teams to be ensure greater gender diversity and measuring progress. A nationally representative survey found that 40% of 16-to 34-year-olds had noticed an increase in the number of women in BBC online content. Almost a third of women between the ages of 25 and 34 consume more online content because there is greater female representation. Some of the most prominent examples include the BBC coverage of 2019’s Glastonbury festival, which featured 50% women, and an increase from 38% to 53% in the representation of women contributors on the BBC news channel.

For organisations that want to get involved with 50:50, the BBC will share its data-centric methodology and best practice. Because every employer is different and there will be different channels to market, the BBC will help them to adapt the methodology for their own content and workflows, and support them to measure it, too. This will start with creating a small pilot group to test out the system, before rolling it out more widely across the organisation. TVNZ in New Zealand has seen a shift in thinking in how it casts experts for its programmes, according to Sophie Baird, executive producer. “A recent series about smart technology saw the team find a female expert, instead of the male experts used in the past. Admittedly it did take more time – however the payoff was having a fresh new voice talking about an industry that’s generally so male-dominated,” she says.

After seeing consistent success in gender representation, the BBC is now building on this to monitor for disability and ethnicity. More than 30 teams across its TV and radio output have signed up to do this, with disability monitoring supported by the Media Trust’s Reframing Disability project. 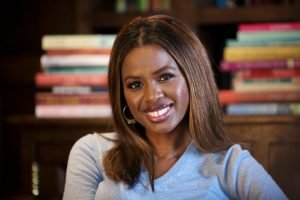 June Sarpong, director of BBC Creative Diversity (pictured), says of the results so far: “There’s a famous quote by American children’s rights campaigner Marian Wright Edelman that says ‘You can’t be what you can’t see.’ With an inclusive, and BBC, hat on I would add: ‘or hear’. When it comes to gender equality, or diversity in general, we have to find effective ways of leveling the playing field. Role models are a first step towards this, which is why Wright Edelman’s emphasis on the importance of representation is so true. This is the precisely the gap that the 50:50 Project fills.”

Goswami urges organisations to get involved if they want to play their part in wider societal change: “If you widen your pool of spokespeople it can help you to see the talent you have. It’s about how you present yourself to the world – is it really representative of your organisation?”