Ten years of the Equality Act: What has it achieved?

Ten years of the Equality Act: What has it achieved? 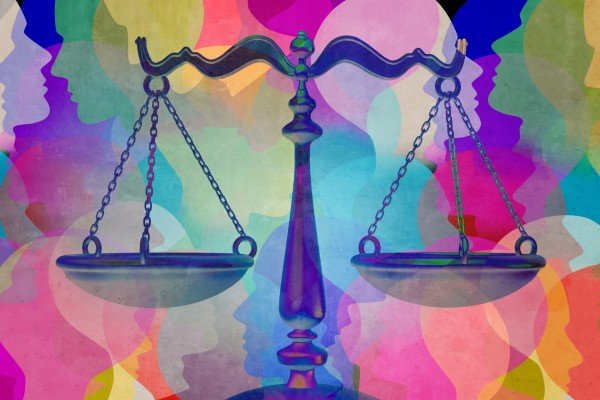 “A masterclass in legislative harmonisation” is how Caroline Waters, interim chair of the Equality and Human Rights Commission (EHRC) describes the Equality Act 2010, which next month celebrates a decade since it came into force. “There were 116 pieces of legislation brought together into one Act. Having all that in place and clarifying the law, it spoke to the ordinary person about their day to day lives and the protections they were offered. It also cemented the UK’s reputation as a leader on equality,” she says.

When it came into force in 2010, protection against discrimination was spread across many different laws that had been introduced at different times – such as the Sex Discrimination Act 1975, the Equal Pay Act 1970, the Race Relations Act 1976 and the Disability Discrimination Act of 1995. “If you wanted to make use of one of these pieces of legislation, it could be confusing, says Kevin Charles, Consulting Barrister at Crossland Employment Solicitors. “Just by bringing together all of those pieces and using a common language – for example concepts such as protected characteristics – made it clear and understandable.” Sandra Kerr, race equality director at Business in the Community, agrees wholeheartedly: “The best thing the Equality Act has done is create a strong foundation for all diversity and inclusion work. It’s by no means an end in itself but, by drawing all nine characteristics under one banner, the Act made it easier for employers and employees to understand discrimination in its many forms.”

The Act also introduced new concepts or expanded existing ones such as positive action, adds Charles. “It widened the circumstances in which this is allowed – so you can’t positively discriminate (employing someone because they’re a woman, for example) but you can take positive actions such as steps to address gender representation at work,” he explains. These subtle changes meant organisations could safely take a proactive stance on diversity and inclusion, rather than being reactive. Most recently in this vein, the requirement for companies to submit gender pay gap reports has forced employers to consider their approaches to pay and promotion for women, and to carry out an audit and publish results publicly.

Some of the landmark judgments made since the introduction of the Act include that of Gary Smith, who was employed by Pimlico Plumbers as an independent contractor but a heart attack meant he could no longer work. He took the company to the Court of Appeal and then the Supreme Court to claim disability pay, and paved the way for thousands of other workers who are deemed self-employed by their company but should be granted basic employment rights. Its success has not just been in the field of employment either, says Waters: “We often focus on employment but provision of services has also been an important area, such as the right to ensure disabled people have access to public transport.” An important case, of Paulley v First Group, centred on a driver asking a wheelchair user to wait as a woman was using the wheelchair space for her pushchair. She refused to move for Mr Paulley, he couldn’t board the bus and missed a vital rail connection. After bringing the case to county court, First Group appealed and again the case ended up at the Supreme Court, supported by the EHRC, and bus companies must now give priority to wheelchair users.

But while the legislation is much simpler and is strong in principle, has it been enough to change behaviours in practice? Kerr adds: “In many ways, 10 years ago really is a different country in terms of diversity and inclusion in the workplace. Conversations now are much more focused around action than they used to be. But even that change has only really come into force in the last few years – only around three years ago, we were ridiculed for our leaflet on how to tackle microaggressions in the workplace as many people said it wasn’t needed, despite overwhelming evidence to the contrary.” Even gender pay gap reporting, one of the biggest achievements of the act, is “far from a magic bullet and has yet to really fulfil its potential”, she says, although it does force pay gaps to be addressed at the very top of business. “The next step is to extend that mandatory duty beyond gender to ethnicity and we are calling on the government to do just that.”

The ‘double whammy’ of the pandemic and Black Lives Matter during 2020 have thrown the need for robust equality legislation into sharp focus. “Black Lives Matter highlighted not only issues of overt racism but discussions on structural discrimination. Pay differences have been embedded in organisations for a long time and this is one area the Act doesn’t address currently,” adds Charles. Pushing through a requirement for ethnicity pay gap reporting, which has been on the legal agenda for some time but has been delayed, could help to address these structural inequalities, he adds.

Waters agrees that we haven’t exploited the full potential of the Equality Act yet, as some parts were not implemented. “Scotland and Wales have in place or are about to have in place socio-economic duties, but what about the rest of the country?” she asks. Looking at the relationships between someone’s socio-economic status and factors such as mortality rates, it’s clear organisations need to focus on social mobility as part of their D&I agenda.

Charles agrees: “You could have the same qualifications and experience as someone with a different background but your life chances and salary could be significantly lower. We all know the nine protected characteristics, but class isn’t one of them, socio-economic disadvantage is not one of them but can still have serious consequences,” he says. “This is another challenge it faces, and because things are moving quickly in terms of people demanding change, the law has to be ready.”

The coming months will be crucial, concludes Waters at the EHRC. “We’ll see companies respond to the end of furlough, for example, and we could see significant redundancies. Companies will need to be able to say they are tracking the impact of their decisions, that there are not disproportionate disadvantages. And if the government follows through with its manifesto commitment to a more inclusive workplace in the Employment Bill, it could be an opportunity for the UK to take a leadership role in equality again.”

130+ organisations have already confirmed their participation. Take part live or view on demand – all talks are recorded so you can revisit or view at a time convenient to you.

The only online conference designed for diversity, inclusion, HR, wellbeing and employee relations professionals exploring the practical implementation of employment equality law in the UK.

With 17 speakers and a unique online one-day CPD accredited programme featuring legal experts, employer case studies, panel discussions and online networking tables, we are sure you will be inspired to make a difference in your own organisation. Speakers include: