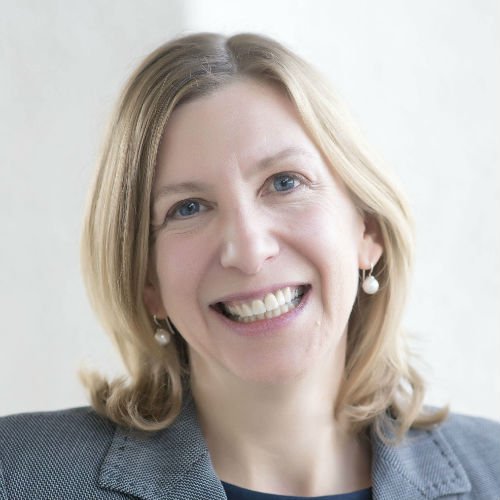 Shauna Olney is the Chief of the Gender, Equality and Diversity Branch of the International Labour Organization (ILO), a specialized agency of the United Nations. She studied law at the University of British Columbia, Canada, and as a postgraduate at the University of Oxford. Ms Olney has worked at the ILO for over 20 years, promoting equality and diversity at work from a range of perspectives. She leads the ILO’s Women at Work Centenary Initiative, with violence and harassment in the world of work being one of the thematic pillars of the Initiative. The Initiative has generated an important body of new research and data, supporting a transformative agenda for gender equality. The work on violence and harassment resulted in the adoption in June 2019 of the first international treaty on the topic.
She began her career as a barrister and solicitor in Canada, specialising in industrial relations, labour law and human rights, and also worked at the Supreme Court of Canada. She was a Deputy member of the UN Secretary-General’s High-level Panel on Women’s Economic Empowerment, and was named by Apolitical as one of the 100 most influential people in gender policy for 2019.
She has authored and co-authored a number of publications on equality and non-discrimination, including “Migrant Workers and the Right to Non-discrimination and Equality” in Migrants at Work (OUP); “A Better Future for Women at Work” (University of Oxford Human Rights Hub Journal); Equal Pay: An introductory guide (ILO); ‘The ILO, gender equality, and trade unions’ in Making globalization work for women (Suny Series, Praxis).