Social mobility and senior roles: Why is it important?

Social mobility and senior roles: Why is it important? 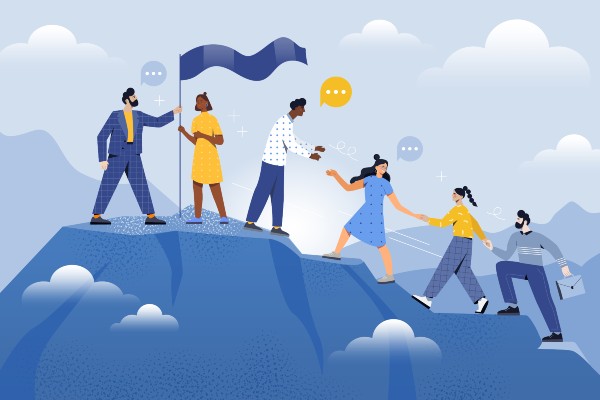 There’s been a growing movement in recent years to increase the profile of social mobility on the diversity and inclusion agenda. It’s easy to see why, as it’s an issue that affects employees every day. Only last week a report emerged revealing that 46% of employees have had accents mocked at work, with many feeling this was a judgement related to class. Similarly, a report in The Times last month revealed findings of an upcoming Social Mobility Foundation study showing that law firms were still failing to take on enough recruits from non-professional or lower socio-economic backgrounds.

In response, a number of employers have started to cast their nets wider in terms of graduate and school-leaver programmes. Apprenticeships are one route that is favoured to open up certain industries to talented young people who might not have the financial resources to go to university, for example. But as the figures show – the lack of socio-economic diversity at senior levels can be even more shocking, with partners often resorting to their informal networks to progress people who look and behave like them (or went to the same, fee-paying school).

Progress Together, a membership body focused on socio-economic diversity in financial services, has witnessed similar trends. In 2020, the Department for Business, Energy and Industrial Strategy and the HM Treasury commissioned the City of London to set up an independent taskforce to look at ways to improve socio-economic diversity in the sector, and Progress Together came out of this taskforce. This summer, its Building the Baseline study of 49 financial and professional services companies found that just 64% of senior leaders are from a professional background (meaning their parents worked in a managerial role or professional occupation – the Social Mobility Commission’s measure), and were 43% more likely to be senior level than their working class peers. Add other aspects of diversity to the mix and the picture is even starker – just 1% of leaders are ethnic minority females from a working class background.

One of the main issues is around whether processes are transparent, advises Hulm. Too often, senior managers promote in their own image or conversations happen behind the scenes that shut out people who ‘don’t look the same’. Those from a non-professional background were 17% less likely to access a senior-level sponsor, according to the organisation’s research. “Transparent processes mean people can access things better, such as mentors or sponsorship,” she adds. “The same applies to work allocation. Who are the gatekeepers of key projects, are things evenly distributed? This is not about changing the people or their accents or asking them to be better at networking. It’s about the processes and levelling the playing field.”

Getting in and getting on

Law firm Browne Jacobson has been ranked as the UK’s leading employer for social mobility by the Social Mobility Foundation. Its FAIRE initiative, which stands for Fairer Access to Real Experience, began as a response to the fact that too many work placements were coming in through partners and their clients. “We were offering 80 placements a year, but 96% of those were in some way connected to partners’ or clients’. We committed to doing the same number of placements but made sure to ring fence a minimum of 50% of those for students with no connections to the firm and from lower socio-economic backgrounds,” explains Tom Lyas, head of resourcing. “But the next big challenge is whether there is a structure in place to help them get on. It’s not just about getting in, it’s about getting on.” To this point, Browne Jacobson has ensured social mobility is one of the pillars of its D&I committee work; there’s a community where people can discuss issues around socio-economic diversity; and employees can buddy up to discuss experiences. “It’s also important for us to ensure if someone is going for promotion there is coaching available – sometimes people from a lower socio-economic background don’t have as much experience of formal interviews or a network of people who can advise them outside work,” adds Lyas. Unconscious bias training has been rolled out not just for recruitment but for anyone involved in the promotion process.

Lyas highlights another emerging trend around socio-economic diversity that will support more representation at senior levels – collecting data on pay and pay gaps. “We’ve started capturing that data and it’s sponsored from the very top as a number of our senior leaders come from low socio-economic backgrounds,” he adds. A number of firms including Clifford Chance, PWC and KPMG have already committed to publishing a social mobility pay gap, and this is only likely to increase. Progress Together is working with data analysis company Bridge Group to support its members to collect data on socio-economic background and benchmark themselves against peers, identifying strategies that could work. The Social Mobility Commission publishes a toolkit to help organisations get started with collecting data.

Why is this so important? “Senior leaders from different socio-economic backgrounds have so much to offer organisations. Not only do they act as role-models for other employees, but leaders set the culture and values of their organisation,” says Paula Kemp, head of employer engagement at the Social Mobility Commission. “Diversity at the top allows organisations to better understand all their employees – and the customers and society they serve – creating a truly inclusive culture which attracts and retains talent. In addition, when senior leaders come from a variety of backgrounds, they bring a diversity of thought and experience that can foster innovation and improve business outcomes.” Kemp echoes Hulm’s advice on processes and work allocation, to ensure that “the best opportunities aren’t always going to the same people.” She adds: “This allows employees from all backgrounds the chance to prove themselves and show their skills, giving them experiences to draw on when applying for senior positions. Mentoring or sponsorship by senior leaders can also provide learning and networking opportunities for employees from lower socio-economic backgrounds, and has benefits for mentors too.”

Gaining parity at this level won’t happen overnight, says Hulm, but ultimately the aim of her organisation is to make itself redundant in five to 10 years’ time. “Our aim has always been to be a five-to-ten year membership body,” she says. “If we can have parity among the senior levels in financial services with the rest of the workforce by 2030 for our members, that would be a success.”