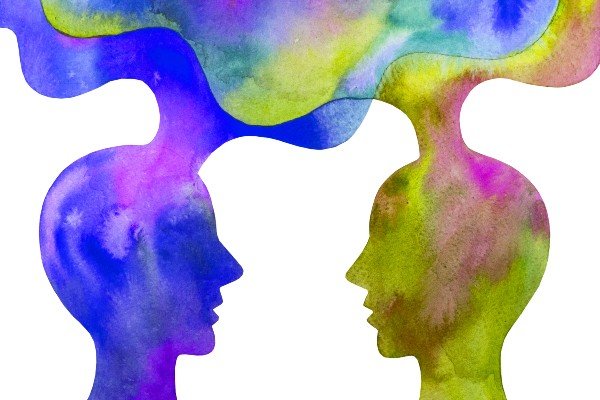 Picture this: two complete strangers on a bus are having a conversation about parenting. They have no idea who the other is or what the other does for a living. It isn’t until one of them, a receptionist, returns home and starts looking online, they discover that who they were speaking to was in fact, the CEO of a large firm. They feel uncomfortable at this, worrying they may have inadvertently said something out of turn. But for that moment on the bus, it hadn’t mattered: they had inadvertently found common ground.

This story, says Yetunde Hofmann, executive leadership coach and mentor, although apocryphal, demonstrates the power of reverse mentoring. It breaks down barriers and demonstrates that we all have more in common than we realise.

In reality of course, participants enter into reverse mentoring programmes with their eyes wide open. They know who they have been paired with and what’s expected of them, that’s the ideal, anyway.

Hofmann, who is also the founder of Solaris, a new leadership development programme for Black women, explains that for reverse mentoring programmes to work, both the intention and the motive must be genuine. “Both parties can learn a lot from each other’s world,” she says. “It can contribute significantly to the development of critical leadership capabilities.”

At Network Rail, their reverse mentoring scheme was introduced as part of their market-leading D&I strategy, Everyone Matters which sets key targets to increase the diversity of the leadership team as well as reducing ethnicity and gender pay gaps. The reverse mentoring scheme had been in development for some time, but they took the decision to bring it forward in the wake of the George Floyd atrocity and the Black Lives Matter movement that followed.

Launched in September 2020, Loraine Martins OBE, director of D&I at Network Rail says they were overwhelmed with interest from potential mentors and mentees. From 160 applications, they whittled down a shortlist and worked to match people based on their personalities, motivations and hopes for the programme. As well as the individual one-to-one (currently virtual) mentor-mentee sessions, the programme consists of an induction session for all parties to ensure everyone is aware of their roles and responsibilities, feedback sessions and regular check-ins to ensure the right fit. Currently, there are 16 pairings including all board members and two additional members of staff.”

“I didn’t anticipate such a good response,” Martins admits. “We were overwhelmed with applications. And it’s gone really well. Mentors say it’s given them access and exposure to leadership and given them greater visibility within the organisation. Mentees said it really opened their eyes to racial inequality and individual experiences. People were prepared to be vulnerable about things they didn’t know or had previously felt uncomfortable talking about.”

Bar Standards Board: turning hierarchy on its head

The Bar Standards Board (BSB) launched their scheme around the same time and with equal success: building on the success of the pilot they currently have a waiting list of individuals wanting to participate. It’s created an anti-racist network for the Bar, says, Amit Popat, head equality and access to justice at the BSB, and ‘raised the profile’ of many underrepresented individuals.

“It’s important to recognise that our anti-racist reverse mentoring scheme, as well as the BSB race equality taskforce, wasn’t created as a reaction to the BLM movement ,” says Popat. “They were in development long before that. Our mentoring scheme spotlights the gaps in anti-racist skills ethnic White majority people have who are then guided by ethnic minorities to implement change.”

As Popat explains, the scheme turns the hierarchical nature of the Bar on its head: “What we have here is Black people holding White people to account and we do it in a collaborative spirit.”

But this is precisely why Raafi-Karim Alidina, diversity consultant at Frost Included, is cautious about reverse mentoring schemes. “By design, reverse mentoring places the burden of work on marginalised groups,” he says. “I would have to put in the labour to tell someone what it’s like to be me or what it’s like to be LGBT or another protected characteristic. And quite frankly, we shouldn’t have to. Yet, how is someone else going to learn? It’s catch 22.”

Popat however, disagrees. In his view, it’s about shifting the power dynamic rather than placing the burden on an individual. Reverse mentoring works differently to leadership development programmes for Black people, which often assumes that Black people need ‘fixing’. Instead, reverse mentoring aims to fix the cause, not the symptom, and if delivered correctly, gives the opportunity for Black people to assume their ability to lead.

“The burden of racism is on White people and we need White people to effectively challenge their own racism,” says Popat. “Under our reverse mentoring scheme, the mentors are entering into the scheme in a position of influence and power. It is only in the right dynamic of a relationship that attitudes can change. This is when both Black and White people can start having real conversations, deal with conflict and truly commit to delivering a positive impact.”

So for companies considering setting up a reverse mentoring scheme as part of their D&I strategy, how can ensure they get it right?

Alidina agrees. “It has to be a long-term approach not a short-term fix. And it’s important to a create a genuine safe space. If the mentee doesn’t feel safe criticising someone who may have a level of control over their role because there is a direct line of succession, that won’t work. So mix groups and departments.”

Highly structured programmes comprising of regular supportive, facilitated discussion sessions between groups of just mentees and just mentors can be helpful, too. And of course, participants need to be aware of their roles and responsibilities. “Reverse mentoring schemes can be effective if they are done well. But everyone has to invest time. It can’t just be a one-hour a week thing.”

And, as Hofman insists, it’s about being genuine. The corporate ‘tick-box exercise’ may have worked years ago, but not now. “Many FTSE 100s attempted some version of reverse mentorship years ago, but what happened? There is hardly any Black person in leadership and very few FTSE 100s are reporting diversity numbers. But things haven’t changed yet,” she adds. “I’m optimistic that change will happen, because if you’re not optimistic, you’ve not got a chance.”