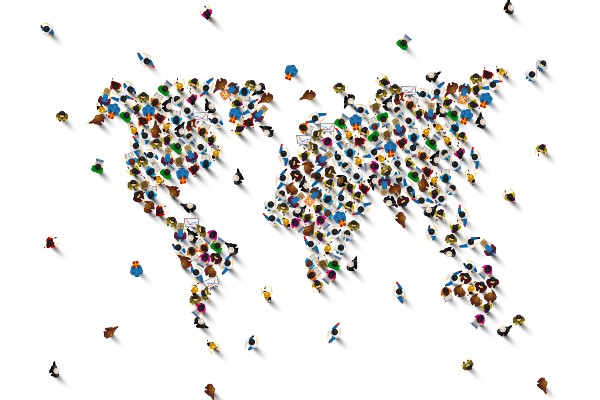 With the United Nations warning that the 3 million Ukrainians fleeing their homes is the ‘largest exodus’ of refugees since World War II, and thousands of Afghans remaining stuck in UK hotels months after fleeing the Taliban, employers are playing an increasingly vital role in supporting displaced people.

But, says, Seye Onabolu, co-founder of not-for-profit recruitment agency for refugees Sona Circle and author of Refugees Are Here to Stay – Get Used to It, there are many misconceptions around refugees and their right to work.

Refugees have the right to work yet they experience stigma

“The one question employers always seem to ask me is ‘are refugees allowed to work in the UK?’ Actually, asylum seekers need to apply for leave to remain and work in their country of refuge – which can take years. Refugees however, have been granted leave and have equal rights to work, healthcare and other public services. This is not common knowledge, even for those working within HR and D&I.”

Part of this is due to misconceptions around refugees’ right to work as well as stigma, but there are other barriers: language proficiency, qualifications which may not be recognised, confidence, non-UK work experience, a lack of social network of friends and family as well as lack of understanding of how and where to apply for jobs.

As Noni Rossini, acting executive director and director of marketing and communications at the Tent Partnership for Refugees points out, refugees from war-torn countries may not have had the time to collect their qualification papers before they escaped. And in Afghanistan, where many academic institutions have closed down, it is not possible for employers to ring up to certify credentials. “Refugees may also have long employment gaps due to years of displacement,” she adds. “And our own research has shown that refugee women are at a considerable disadvantage to men in terms of getting access to jobs. Black refugee women facing a triple disadvantage.”

But there are positives, too.

“Globally, refugee candidates have higher retention rates than the average population,” says Onabolu. “They are also very loyal to companies for giving them the opportunities and are extremely hardworking. And employee diversity across the board has been found to increase profitability and creativity.”

Onabolu who experienced displacement due to religious tension and civil unrest in Nigeria as a child in the 1990s, told d&i Leaders that the qualification levels of refugee candidates represented a ‘cross-section’ of society and many refugees he’s worked with are highly skilled: surgeons, engineers, lawyers and dentists. His observations are shared by Tent’s Rossini who puts the number of Afghanistan refugees currently in America with high levels of education and a good knowledge of English at 15-20 per cent.

“Many come with this wonderful experience and can take on mid-level if not managerial positions,” she explains.

The UK hospitality industry which has struggled to fill roles due to Covid and Brexit have been very active in employing refugees, in Onabolu’s experience. 80 per cent of the roles Sona Circle have helped to fill over the last twelve months have been in the hospitality industry: kitchen porters, waitressing, cleaners, hotel receptionists and so on. And for refugees with higher skills, many are willing to take on lower skilled roles to get back to work in order to re-establish themselves.

Nevertheless, employers need to do much more to support refugees – and not just those in hospitality industries.

“It’s important to ensure that refugees can be successfully integrated into their new communities and this is where the private sector can play a critical role,” says Rossini. To this end, The Tent Partnership which was set up in 2016 at the peak of the Syrian refugee crisis, work with a vast array of employers and big brands, such as AirBnB, Amazon, Philips, Starbucks and H&M.

Employers should look at their recruitment process to identify any barriers, Rossini advises. “During an interview, employers are assessing candidate’s interview skills rather than the skills they’re going to be needing for the job. You don’t need to have a very high level of language proficiency to be good at a particular job. We’re trying to get employers to think again about what is actually needed to properly fulfil a role.”

For some roles, especially customer-facing ones, a good language proficiency is essential but other more technical or back-office roles, person specification should be more flexible. Interviews could be carried out with an interpreter present to allow the candidate to showcase themselves in the ‘best possible’ light and, for some Muslim women attending a panel interview, there should be women on the panel to respond to cultural sensitivities.

Step in and step up

Some professional service firms such as Grant Thornton are working with charities such Breaking Barriers to support refugees into work. The firm runs themed workshops in response to what Breaking Barriers clients need most: confidence-building, interview skills or networking skills. One-to-one coaching and mentoring sessions are also provided along with six-month work placements. These had stopped temporarily during the pandemic but are now restarting. “Individuals on work placements are supported by a people manager and a buddy. “For many, it may be their first step into the world of work in the UK and our UK work culture,” says Karen Higgins, head of sustainability at Grant Thornton.

So far, Grant Thornton have supported 180 individuals through their programme with Breaking Barriers and 270 through their work with other refugee organisations including Business in the Community.

Sona Circle meanwhile, have helped place nearly 400 people into meaningful employment over the past few years.

“I’ve experienced first-hand the affect displacement can have on people and what it takes to re-integrate into society,” says Onabolu. “I understand it takes a bit more effort for organisations to help integrate refugees into the workplace and they’ll need to be more flexible, but doing so can bring huge benefits.”

Rossini agrees. “Companies used to feel that engaging in any refugee activity was inherently political but particularly in the aftermath of the Afghanistan crisis, we’ve seen an outpouring of support from companies. Our ultimate goal is to normalise refugee hiring so it becomes standard DEI practice.”