Is age ‘the final taboo’ in workplace discrimination?

Is age ‘the final taboo’ in workplace discrimination? 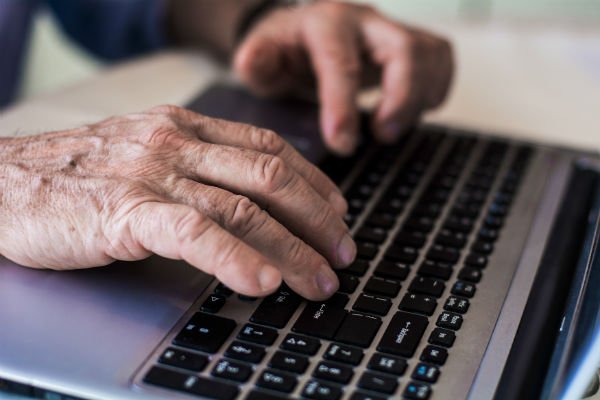 Ageism featured highly in the headlines this month, with a survey by insurer SunLife revealing that more than a third of Britons have discriminated against someone because of their age. SunLife ambassador, TV personality Carol Vorderman, compared ageism with the #metoo movement, arguing it was one of the “final taboos to smash through”.

Now the Centre for Ageing Better has announced that it will conduct some new research that it hopes will shift public attitudes towards ageing. It will look at the way ageing is discussed in everyday conversations and across media, and whether the representation of age in popular culture is based on misconceptions. The Centre argues that these (often small but collectively impactful) actions can limit opportunities for people in later life.

It believes that the way ageing is talked about can damage people’s sense of self-worth and limit their aspirations at work. It can contribute to structural and institutional ageism, particularly in the workplace. Stereotypes in TV and advertising (programmes featuring ‘doddery’ characters and constant ads for anti-ageing creams) just compound that culture. The Centre hopes the research will “shift the negative societal narrative”.

This research is arguably long overdue. Although age is one of the nine protected characteristics under the Equality Act 2010, meaning that discriminating against someone because of their age is against the law, it remains an area where unspoken transgressions often don’t get called out. There have been numerous legal cases citing banter about someone’s age (including a case where calling the claimant ‘Yoda’ and altering his number plate from OAB to OAP formed part of the evidence for a successful claim for age discrimination). On a more subtle level, assumptions about older workers ‘retiring in a few years’ so they miss out on progression and training opportunities means that many disengage from work and leave – leading to a drain on valuable talent and experience for those organisations.

In a revised guide published earlier this year, Acas points out four key areas where age discrimination can happen.

Earlier this month, think tank the Centre for Social Justice released a report recommending that the government increase the state pension age to 75 because working longer “has positive impacts on health and wellbeing”. Clearly this will not suit everyone, but demographic changes, shifting pensions policies and better physical health mean that we’re all working longer than we used to. Which also means workplaces must call out age discrimination when it happens.

A number of employers are taking positive steps to ensure they engage and retain their older works. Aviva, for example, runs a ‘mid-life MOT’ where employees can discuss their career ambitions and can access support and training, as well as financial advice. Other employers run initiatives such as reverse mentoring where older workers can offer the wisdom of their experience in return for some coaching on social media and technology.

One of the more welcome recommendations from the Centre for Social Justice was the creation of an “Age Confident” scheme, which would work in a similar way to the government’s Disability Confident scheme. Employers who want to be certified under the scheme would need to demonstrate they have recruitment guidance regarding workplace flexibility, infrastructural workplace adjustments, their policies around age discrimination, offer training and offer Mid-Life MOTs. But organisations can incorporate elements of these activities now, rather than wait for a government scheme to provide a framework.

The Centre for Ageing Better’s research may focus on social attitudes and how ageing is portrayed in the media, but the workplace is a great place to start. While it might seem more pressing (or easier) to focus on other aspects of diversity such as gender or race, that doesn’t mean it’s OK to allow ageism to perpetuate in organisations. According to the Office for National Statistics, people over the age of 50 make up almost a third of the UK’s workers, and is a group that will continue to grow. Failing to be inclusive of all ages in organisations means missing out on vital talent and is not reflective of wider society.

Business in the Community also have a number of useful tool kits relating to age at work, click here for details.