How to tackle accent bias at work

How to tackle accent bias at work 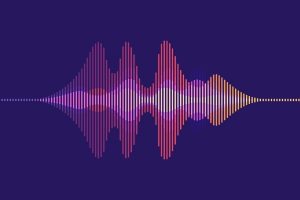 For something that is one of the most recognisable signs of social or ethnic background, it’s surprising that there is relatively little research or action around how accents are perceived in the workplace.

At a time when there’s an increasing movement around “levelling up” and social mobility, it’s arguably an issue that needs to be at the centre of the discussion. In fact, a 2019 poll by Equality Group found that 55% felt regional accents were a barrier to securing a graduate job.

In 2020, a team of researchers from Queen Mary University of London and the University of York undertook a major piece of work to examine the presence of accent bias in professional contexts. It involved carrying out two large-scale national surveys asking respondents about their perception of accent ‘labels’ (such as Cockney or Queen’s English) and then using actual speech to see how people react to the sound of a particular accent without necessarily knowing what it is. In their Accent Bias in Britain report, they revealed that accent bias is still very much alive and well in the UK, with a definite hierarchy in place where certain ways of speaking are deemed more prestigious or desirable – something that was also the case in earlier surveys 50 years ago.

It found that accents such as Received Pronunciation (which is considered the ‘standard’ accent for English internationally but favours a southern English accent) continue to be rated more positively than Afro-Caribbean, Liverpool and last of all Birmingham. “These accents correspond to working class social groups, often based in industrial towns, and ethnic minority groups,” the report notes. When participants were asked to listen to interviews, they showed similar biases but these were much smaller. There was still a tendency to associate Received Pronunciation with professional expertise versus other “working class” southern accents.

But it wasn’t all negative. “Although we found extensive evidence of bias against certain accents, we’ve also observed a number of positive effects, which give us a productive way forward,” explains Devyani Sharma, professor of sociolinguistics at QMUL and one of the researchers involved in the project. “In ongoing work, we have found that a number of factors can mitigate the effects of accent bias. Firstly, trained legal professionals in law firms were able to set aside bias when judging fine distinctions of quality of job interview response. Second, when we tested different kinds of interventions to raise awareness, simply having potential recruiters read a short awareness-raising text before the recruiting task significantly reduced accent-based differences in ratings of the same response.”

Professor Sharma sees this as an indication that people tend not to be aware of how much they rely on accent as a shortcut for making assumptions about competence or expertise, so they can make adjustments once alerted to this risk. “Finally, we found that if a mock interview candidate had expert content in their response, and if they spoke confidently, this can also override accent bias,” she adds. “It confirms a general observation in psychology, which is that we’re all lazy listeners liable to fall back on stereotypes, but if we hear some other basis for evaluating the speaker – expertise or confidence in this case – we’ll often have the motivation to pay attention to more relevant cues. Unfortunately, this still means there’s a greater burden of proof on speakers of accents that are under-represented in elite professions or other contexts.”

Originally from Nigeria, Goodie Okechukwu experienced accent discrimination at many stages during her career – something that ultimately led her to pursue a masters in diversity management and research the areas, and set up Protect Accent, which aims to educate organsiations around potential biases. “When I worked in the NHS I attended national and local conferences but whenever I talked I felt my voice did not carry equal weight in the room,” she says. “Accent bias never crossed my mind at first, but then I read studies on it and realised I was not just imagining it. It’s the thread that ties everything together, I believe, because everyone has a voice and it affects how people receive what you’re saying.” She is in the process of building online materials that will raise awareness of accent bias and provide training in mitigating it. “I’ve interviewed lots of staff whose experiences were awful but organisations don’t often realise awareness of this could actually save them money,” she adds, pointing to a recent tribunal where a bus driver claimed his managers were mocking his Liverpudlian accent.

Ruth Kudzi, founder of Optimus Coach Academy, says the fact we automatically associate certain accents with different characteristics in this way feeds these biases. “For example, we believe Geordies are trustworthy which is why so many call centres are based in the North East,” she says. “These stereotypes can mean that people create biases which therefore mean they treat people differently. But when people have biases it is really about whether we are ‘like’ someone , taking a kind of sorting approach. How similar are the people in your workforce and how different? Is the fact that someone has been promoted down to the fact they share characteristics with their hiring manager, or because they are the better person for the job?”.

Of course, training around accent bias only makes us more aware of it, it does not eliminate it – and this bias can be highly entrenched. Professor Sharma adds: “As long as we have homogeneous expectations of accent diversity in certain workplaces, we will not be used to hearing other voices in those contexts, and so our unconscious biases will remain in place. This is why expecting people to simply switch to a standard accent at work (also known as code-switch) isn’t a great solution.” Expecting people to change keeps up a “long-standing association of standard (white middle-class) accents with professionalism”, she argues. Furthermore, it can place more mental pressure on some employees or job candidates, or lead to alienation from employees’ own social groups. “In workshops with lawyers, NHS teams, and government departments, I’ve heard people talk about how they tried to shed their accent, only to feel they didn’t feel like they entirely belonged either in their work community or their home community,” she adds.

Kudzi goes so far as to recommend organisations develop policies around accent bias or at least train people around it when they’re involved in recruitment or dealing with customers. “Legally protecting people against prejudice due to their accents could be a powerful next step and this may, in the future, be seen as a protected characteristic,” she adds. In the meantime, Accent Bias Britain has a wealth of resources and training information here, as well as an interactive tutorial for recruiters.