How far should we be ourselves at work?

How far should we be ourselves at work? 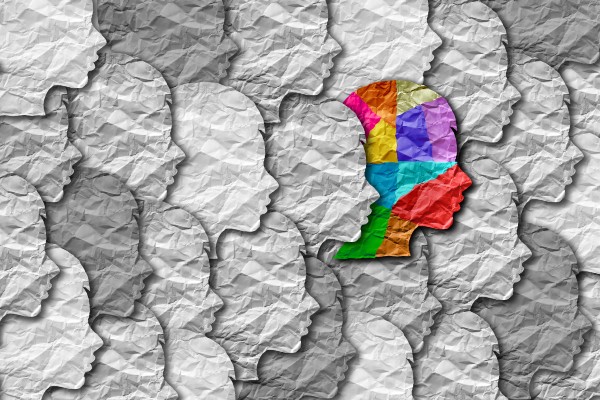 Last month, Virgin Atlantic updated its gender identity policy to allow cabin crew and other plane staff to choose the uniform that best represented them. The move, it said, was part of its ‘Be Yourself’ agenda, a drive to encourage employees to bring their whole selves to work. The airline is one of an increasing number of companies shouting about their inclusivity credentials this way – that ‘bringing your whole self to work’ is part of their culture and what inspires people to progress there and stay.

But what does this actually mean? “A diverse workplace is a place where challenge and change happen, if everyone thinks and acts the same, progress will be slower,” says Salma Shah, a coach and author of Diversity, Inclusion and Belonging in Coaching: A Practical Guide. “We must value and acknowledge the strengths of individuality of the talent and the potential this can bring, and in turn empower them to bring their whole selves to work.” People who feel unable to be themselves at work may feel they have to ‘code-switch’, she explains, or mask parts of their personalities in order to get on.

“When we bring our whole selves to work, we can be present both physically, and mentally. It allows us to be more adaptable, and individual performance is likely to rise,” adds Sathya Smith, CEO and founder of management enablement platform Piper. “We feel more comfortable with ourselves and co-workers, ultimately leading to increasingly open discussions and room for creative and innovative thinking.” Encouraging greater sense of self at work can also improve wellbeing, reducing the risk of burnout and helping workers to feel at ease, she says.

Consultancy Be Yourself at Work (BY@W) ran a survey on how this impacts people’s confidence and sense of belonging during 2020 and 2021. It found that just 16% of respondents felt they could bring their real selves to work, while 55% constantly worried about what people thought of them. Liz Villani, BY@W founder, argues that “work should be a way to experience who you are rather than just something you do”. Sometimes people are burdened with expectations of parents, for example, or have worked in previous jobs where they were expected to behave a certain way. “That expectation of conformity is still strong, but organisations need to think about how they educate people to see the unique contribution they make,” she says. “The greatest teams are all different because they plug each other’s gaps.”

But while the inclusion benefits of allowing people to feel comfortable being themselves at work are clear, are there also some potential pitfalls? Amy Foster, chief talent officer at data consultancy Rockborne, believes it’s become a trend for companies to talk about bringing one’s whole self to work and being authentic, when in fact they are two different things. “If you brought your whole self to work 24/7 you’d burn out, no one can be 100% of themselves all the time and some of your 100% won’t be suitable for the workplace,” she says. “Being authentic, however, is far easier to achieve, as long as your workplace values the diversity you bring and are inclusive. Companies often ask employees to be authentic but then reprimand them for being themselves, whether that’s through their choice of outfit, using regional dialect or asking for greater flexibility.”

Mike Thackray, principal consultant at OE Cam and an occupational psychologist, agrees: “There comes a point where it can become counter-productive,” he says. “As soon as you have one person who has the right to be something, how does that impact on others’ rights to be themselves, and the wider organisation? If your authentic self is bringing a beer to a meeting, when does the organisation turn round and say ‘not that kind of authenticity’?” Bringing your whole self to work may also entail opening up aspects of your personal life – and there may be instances where colleagues find this uncomfortable, he adds. “It places a lot of emphasis on middle managers to make calls or decisions, and to be the judge of what is acceptable. It could put more pressure on them to have difficult conversations,” he says.

So how can organisations embrace the positives of bringing one’s self to work without the potential chaos? Thackray advocates “constructive authenticity”, where an individual feels enough connection with the organisation’s values but within that can also be who they are. “That could mean tempering your natural instincts enough to fit in with what an organisation needs,” he says. He adds that it is often easier for larger organisations to embrace the concept of authenticity and whole self because roles can be crafted and shaped – in smaller organisations this might be less possible as it’s a case of all hands-on deck. Villani also suggests placing values at the centre of the discussion about authenticity at work. “We can acknowledge that we’re different, talk about our differences and embrace them and still do things that fit in with the values of the organisation,” she adds.

Not putting pressure on people helps, says Ann Lowe, head of community at Indian ingredients company Spice Kitchen. “It’s nice to be able to nurture your professional self in a place where all are welcome, but we need to make space for that, otherwise it’s just another layer of rigidity,” she says. “Maybe I thrive in an environment where I can be totally myself, but that doesn’t mean it’s right for everyone.” Sometimes simply knowing you can be vulnerable or share something is enough to feel a sense of belonging, she adds. “We had an employee who was struggling with an anxiety issue. But they felt comfortable sharing with us, we sat together and moved through it and gave them easier tasks. If we’d brushed it under the carpet, it might have compounded the situation.”

Employers also need to be clear about what they mean by the phrase “bringing your whole self to work”, insists Angela Matthews, head of policy and research at the Business Disability Forum. “Ever increasing diversity in workforces brings edifying differences that add strengths to businesses. However, it does also bring complications, she says. “When speaking to employers, we sometimes pick up that what people mean by this is they want people ‘who we like’ or who we ‘agree with’ or, in one person’s words, “the people who are ‘good for’ our inclusion agenda”. However, what does bringing a ‘whole self’ to work mean when, for example, someone’s philosophical or political views about the inclusion of disabled people or gender identities (for example) are in opposition of the organisation’s inclusion and equality values?”

This is especially important in the context of disability, she adds: “Some employees with disabilities tell us that they actually don’t want to focus on (for example) their pain, their depression, or what they find difficult about their life during work. They often just want to do their job and enjoy work without the ‘pressure’ of feeling that, just because they have a disability, they have to bring their ‘whole self’ or they have to ‘be more open’ about their experiences in the workplace.”

Ultimately, encouraging employees to embrace their true selves at work must be done within a culture where there is already openness and honesty – otherwise it’s an empty promise that could end up having the reverse effect.