How can we accelerate diversity in the tech sector?

How can we accelerate diversity in the tech sector? 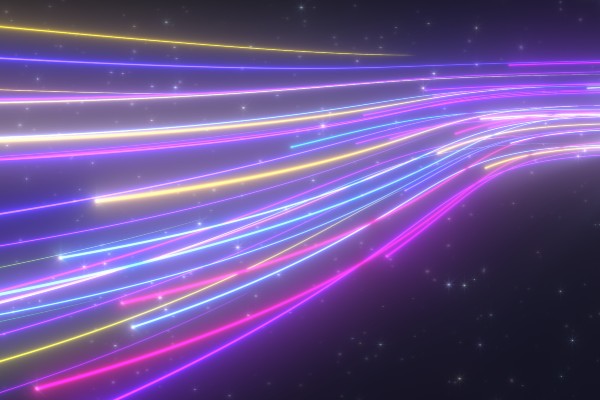 Whenever we think about Silicon Valley, we tend to picture groups of white men in their 30s coming up with the latest tech innovation. Films and TV series about tech reinforce this demographic, with women, Black people or those with disabilities rarely getting to feature. According to analysis of Office for National Statistics figures by the British Computer Society, women accounted for just 17% of IT specialists in the UK in 2019, and Black, Asian and minority ethnic workers 18%. Just 11% of IT specialists are reported to have a disability, and under a quarter (22%) over the age of 50.

It’s not just about slow progress in diversity in this sector, perception matters. A survey by the Institute of Coding found that 70% of young people (between the ages of 16 and 18) think the digital sector is run entirely by those of white, British ethnicity, while 34% believe there are unequal opportunities for women. One in 10 said they were put off pursuing digital subjects in education because they felt there was a lack of representation in the jobs available. Yet at the same time, the sector is suffering a skills crisis: more than two-thirds of technology decision makers say they cannot get the talent they need to keep up with digital transformation, according to recruiter Harvey Nash.

Learning software company Skillsoft recently found that 22% of tech workers feel hesitant in bringing up diversity issues at work, despite a 72% increase in courses completed on DEI issues since 2020. “From an early age, societal bias and ‘pinkification’ continues to influence the education decisions made by girls and their longer term career choices, with the gender stereotype of boys being better at science and maths discouraging girls from studying STEM (science, technology engineering and maths) subjects,” explains Agata Nowakowska, AVP for the EMEA region at the company. “What’s more, a lack of positive role models is contributing to the likelihood that girls dismiss STEM subjects as being relevant to them or their career futures. The technology industry – and cybersecurity in particular – has a reputation as being male dominated, and this can make it difficult for women to break through.”

Gaming is a sector of the technology industry that is overwhelmingly male, straight and white, according to Ed Johnson, CEO and founder of PushFar, a platform that brings together mentors with mentees. One of its projects is a platform called LimitBreak for the gaming industry, where people looking for mentors can answer questions and search for potential mentors based on a host of characteristics such as pronouns, sexual orientation and race. “Around 70% of people in the gaming sector are male, 28% female and 2% non-binary. We want to empower women in particular to feel they have a right to be in that industry – there’s a sense of safety in numbers, and to get into the right roles you need a support network of people you can identify with,” he says. The platform is increasingly used for reverse mentoring relationships, so people from under-represented groups can enlighten others about any challenges they may face. “Typically mentoring is reserved for either the top 5% or the bottom 5% of the organisation, so you’re either really high potential or you’re struggling,” says Johnson. Making the matching process digital makes it more equitable and less open to personal biases, he adds.

Falling at the first hurdle

It’s hard to challenge the status quo in the technology industry when those from minorities are often left unheard right at the start of their journey – when they’re trying to get investment. Black founders are notoriously underrepresented when it comes to venture capital funding. Between 2009 and 2019, only 0.24% of all venture capital available in the UK went to just 38 Black founders, according to not-for-profit organisation Extend Ventures. Black female founders are even more severely impacted, with just 0.02% of investment. In the US, VC funding for Black founders quadrupled during 2021, but from a low start. Dr Elizabeth Shaw, founder of 1000 Black Voices, says this means there is a “vicious cycle where many Black people assume they won’t get funding even if they try and give up altogether on starting a business in the first place”.

1000 Black Voices is an accelerator that helps Black founders on their start-up journeys, including a D&I practice that supports new companies with training and managing a diverse workforce. Dr Shaw says this is just the start, however. ”The tech sector overall has structural issues that need to be broken down. If you take the implementation of new technologies for instance, the impact these new innovations have on minority groups, particularly in the fields of policing, migration control, social security, and employment, is systematically overlooked. In particular, racialised communities are disproportionately affected by surveillance, (data-driven) profiling, discrimination online and other digital rights violations,” she explains.

Reflecting the customer base

With products and services becoming increasingly digital, reflecting the diversity of your customer base in technology is crucial. One area where this is particularly true is in accessibility. “Disabled people often rely on technology to participate in society, therefore it is important that new tech products, tools, systems and services are truly accessible,” says Liz Jessop, development lead for KPMG campaign IT’s Her Future and co-chair of its Workability network. “Moreover, people with a disability can give a much better understanding of how technology can be made more accessible than those without. By making tech more accessible, it makes it more usable by everyone in society.” She adds: “With the digital skills gap going nowhere, it has never been more important for companies to think outside the box in terms of recruitment. In fact, some aspects of certain disabilities allow people to excel at tech roles, which is why at KPMG we utilise external agencies like Auticon to find talent amongst autistic consultants.”

Dr Shirley Knowles, chief of diversity and inclusion at software company Progress, argues that real change has to start at the top of the company and filter down. “Whilst numerous companies have been striving to be more inclusive, on a day-to-day level, many of the people making the hiring decisions have yet to overcome their own unconscious bias,” she says. “Moving into a sector where you will be the ‘first’ or the ‘only’ in a company can be extremely daunting. Highlighting the women and marginalised groups who are doing amazing work in the industry is one way businesses can address this – it’s been said a million times, but representation matters.” One of her key roles as head of D&I at the company has been to encourage discussion and help employees get over any discomfort they might have to discuss D&I issues at work. “Too often people want to keep D&I discussions out of the workplace – for fear of being controversial, or out of a desire to keep things ‘professional’. However, things will not change if these issues aren’t addressed, or put at the forefront of everybody’s mind,” she adds.

Finally, employers in tech need to be more transparent about how they plan to accelerate inclusion, Nowakowska urges. “Organisations should be open about numbers and goals, reviewing policies to ensure they accommodate, rather than hinder, minority groups,” she says. “To encourage more diverse candidates to pursue tech-related careers, it is also vital that organisations provide opportunities for professional development and training, identifying talented employees and the best career paths to accelerate their growth.” In Skillsoft’s own Women in Tech Report, 55% of UK respondents suggested organisations should provide opportunities for professional development and training to encourage more women to pursue tech-related careers, as well as offering childcare (53%) and coaching/mentoring (40%). “A robust succession planning strategy also helps organisations ensure that equality is a fundamental part of their talent management, development and recruitment processes,” she adds.

Some initiatives focused on accelerating diversity in the tech sector include (and are not limited to):