How can organisations respond to the Sewell race report?

How can organisations respond to the Sewell race report? 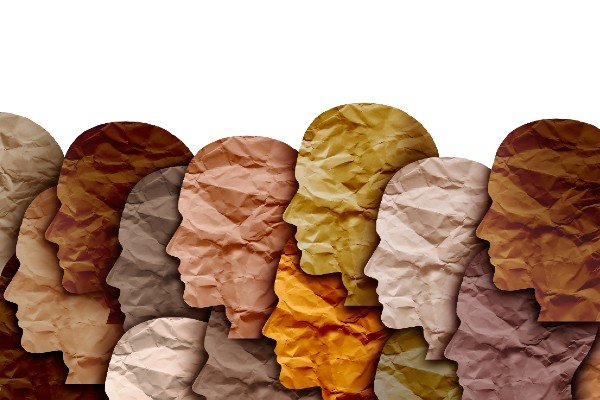 It’s fair to say that the release of the Sewell report on race and ethnic disparities caused a media firestorm earlier this month. Parts of it were leaked early, its conclusions seemed to point to no evidence of institutional racism in UK organisations, and a top adviser to the Prime Minister on ethnic minority communities, Sam Kasamu, stepped down. After the full findings of the report – commissioned in the wake of Black Lives Matter protests last year – were released, it was described variously as a “whitewash”, a “wasted opportunity” and a “denial of the scale of race inequality in the UK”.

The report does make a number of recommendations in relation to race at work, including a shift away from using the BAME acronym, acknowledging that there will be many nuances of experience depending on someone’s heritage. It also recommends the defunding of unconscious bias training, suggesting that it is replaced with “new interventions that when implemented, can be measured or evaluated for their efficacy”. Organisations that choose to publish ethnic pay gap reports should also produce an action plan on how they intend to close that gap; although the Commission stopped short of recommending that reporting becomes a legal obligation.

Implicit rather than explicit

Unsurprisingly, many Black and minority ethnic employees feel frustrated by the conclusions of the report, particularly when evidence continues to surface around race inequality in daily life.

This week a group of judges called for a parliamentary inquiry into the “secret soundings” system for attaining top positions in the judiciary, citing evidence of bullying, harassment and an ‘old boys’ club’ that effectively blocks ethnic minorities from judge posts. The Church of England was the subject of a Panorama investigation and has been urged to overhaul its recruitment processes to shortlist at least one ethnic minority candidate for senior roles.

“The report implies much but doesn’t express anything,” says Gamiel Yafai, managing director of D&I consultancy Diversity Marketplace. “The government has given organisations the broadest spectrum of things they can do, but it’s implicit rather than explicit.” Yafai has worked on more than 30 minority group research projects in organisations and race is dominant through all of them. “[Racism] cuts across every industry, there is not one where there is not a hidden and shadow culture. Black Lives Matter opened people’s eyes to systemic discrimination, and not just along race lines. Now it feels like we’ve gained momentum and the Government wants to shut it down.”

With no ‘stick’ in place from the Government to push action, there is a real opportunity for businesses to take a lead on this, says Charlotte Sweeney of Charlotte Sweeney Associates: “To shift the dial in a meaningful way requires organisations to focus on three areas,” she advises. “First, discover where you REALLY are at the moment – what are your employees saying, what feedback are we getting from our clients and consumers and what do people say about our brand. This should also include some honest diagnostics to identify where there are systemic issues within the organisation that need to have a light shone on them and brought into the spotlight.” Sweeney recommends tools such as the Global Diversity, Equity and Inclusion Benchmarks to apply a forensic analysis to different processes and aspects of your organisation that may inadvertently be less inclusive than you’d like.

“Secondly, create an effective roadmap of what needs to be done, including why each of the actions are important and what is hoped to be achieved from tackling that issue,” she adds. “This should also include very clear impact measures so that you are able to see if this is making a difference over time, and you’ll need robust data to measure the impact. Finally, commit to the actions at the very top of the organisation – make it clear that this is not negotiable and plays a fundamental role in the future success of the organisation.”

On unconscious bias training, Yafai argues that it’s not necessarily the training itself that fails to produce results, but what organisations do in terms of follow-up. “It’s easy to blame training rather than looking at the actions you need to take to de-bias processes, your website, your branding. The idea of unconscious bias training is to raise awareness that bias exists, then it’s about what you do as an organisation.” One thing businesses can do is reposition it as training around stereotypes and prejudices, or as ‘conscious inclusion’ so it becomes a positive activity rather than something they perceive as trying to fix them.

One of the key criticisms of the Sewell report was the fact it seemed to “celebrate” how far the UK had come in race relations, so is there a risk of apathy on the part of organisations who think we’ve “cracked” the racism issue? Sweeney says it’s crucial “to acknowledge the progress that has been made but let’s not look at this through rose-tinted glasses”. “There continues to be a huge amount of work required before racism in all its forms is removed from organisations – that work isn’t easy, we shouldn’t shy away from that,” she concludes. You only have to look to the US where, soon after George Floyd’s murder, a slew of companies made a point of hiring chief diversity officers – often people of colour themselves – only for those executives to leave months later because they realise their appointment was more about window dressing than real action.

“It’s important that organisations approach race equality with full commitment, understanding that it will require transformative change,” says diversity and inclusion consultant Hayley Bennett. “This is a really important place to start so that the action taken is meaningful, and does not fall short of promises made. It is important to collect both qualitative and quantitative data to fully understand the foundations they are working from and use this as a benchmark to measure progress.” Bennett adds that building trust is fundamental to getting this right. “Gathering personal data can only be successful if a culture of trust exists and people buy into the work ahead. Additionally, collecting views from Black and people of colour employees requires sensitivity and needs to be managed in a way that ensures people’s voices are taken on board,” she says.

One of the recommendations of the report is to consider evidence-based approaches, and Dr Doyin Atewologun, chartered business psychologist and director of Delta Alpha Psi, agrees that this can drive sustained behavioural change. Delta has three core recommendations in this regard:

Dr Atewologun advises thorough investigation before becoming complacent that your organisation has ‘cracked’ anti-racism. “Before celebrating, we would encourage senior leaders to gather evidence from their specific context, using employee engagement surveys, employee exit interviews, promotion rates, differences in performance ratings, and pay gaps,” she says. “And, where there is no difference on the basis of race/ethnicity for any outcome as a result of the organisation’s practices and processes, it is then reasonable to celebrate the absence of institutional racism.”

Bennett agrees, adding: “Many leaders and organisations shared public commitments [after Black Lives Matter] which was great to see. However, most were not tangible actions. Real action needs to involve SMART goals, accompanied by the adequate resources to back up the promises.” Another crucial step is to ensure there is governance around race equality work, says Bennett: “This needs to be robust – from steering groups, to ERGs and positions that are properly resourced. It is important for organisations to enlist the support of experts who have a track record in working on race equality rather than relying on good will of staff volunteers.”

Those that take a purposeful and deliberate approach will be able to leverage the often-cited benefits of a truly diverse workforce, argues Dr Atewologun: “This includes attraction, engagement and retention of under-represented staff as well as increased wellbeing, and increased creation and innovation. Increasingly, companies who are proactive also benefit from reputation and ultimately increased stakeholder value.”