How can executive sponsors ensure they add value?

How can executive sponsors ensure they add value? 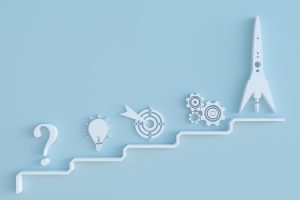 “You can’t just have people smile and speak into a megaphone,” laughs Theresa Palmer, head of diversity and inclusion at BAE Systems’ innovation arm, Digital Intelligence. She’s talking about the crucial role of executive sponsorship in making any progress with D&I, and the need for it to be done authentically.

Palmer joined the company five years ago and has been instrumental in moving D&I from “invisibility to ownership” over that time. “You need board-level sponsorship to get to that place, but a lot of senior leaders are visible and vocal but don’t know what they need to do. People are afraid of managing up, too – we all want leaders to be tuned in but they need to ask for help.”

At BAE Systems Digital Intelligence, the D&I team offers hands-on support to help leaders roll their sleeves up and amplify the voices of under-represented groups. “It’s about finding actions for those people and giving them to them – it gets managed if given to them as a top business priority,” she adds. Rather than ‘assigning’ employee resource groups to different sponsors, Palmer introduces the groups and allows the leaders to reflect on which ones they feel an affinity with and why. Leaders are asked to report back to the team on activities they’ve participated in: what they talked about, what they learnt and how they can take this into the business. “They then start moving into driving actions in those groups, such as helping them to shape their business plan, looking at how to spend their budget. They have conversations with their own peers to make sure things are moving at the right pace,” explains Palmer.

Simon Short is chief operating officer of software company Advanced and chair of trustees of charity Astriid, which connects people suffering with long-term illness to workplace opportunities. He believes one of the key roles of a senior sponsor is to set the bar high in terms of company culture. “When I joined the organisation, I knew that my values were very much aligned with those of my colleagues in the senior leadership team and the commitment to improving D&I was already reflected in the business strategy,” he explains. “Understanding our position is key to making positive change.” Advanced has recently published its first Diversity Pay Gap Report, revealing critical information about where the company is up to and where it needs to work harder to improve D&I, and Short says he is “proud to say that in my role as COO I’ve been able to help accelerate that charge”.

Having a personal connection to the cause helps, according to Short. “Astriid was set up by my former colleague and long-time friend, David Shutts, following his cancer diagnosis. As current chair of the charity, I am passionate about continuing the legacy of this remarkable man,” he says. “People who are diagnosed with chronic illness, or have a disability, often find their career aspirations are thwarted and they are sidelined. Having a daily routine and a genuine purpose, the responsibilities and activities of work provide structure, value and meaning, challenges and rewards, and can also be a distraction from the other challenges they face day-to-day.” The company’s support goes beyond words, too: Advanced is sourcing five initial candidates through Astriid, with the ambition to recruit 15 people in total by the end of the year.

When it comes to senior leaders’ sponsorship of individuals, this can become counterproductive if not authentic, says Abi Adamson, founder and DEI director of The Diversity Partnership. “People from underrepresented communities do need support from those in proximity to power, but it’s important not to take their voice away from them,” she says. “Sponsorship is about putting yourself out there and vouching for someone, but you have to put the work in too.” Adamson gives an example of a senior leader who acted as sponsor for someone interviewing for a new role. The person came from a challenging socio-economic background with no opportunity for interview training. “The person showed up for the interview, but they weren’t ready,” adds Adamson. “The sponsor hadn’t given them the right support to set them up for success – they didn’t champion them in the right way.”

Adamson argues that sponsors’ “professional currency” can create opportunities for people who face barriers in the workplace, but organisations also need to look at how internal policies and processes help or hinder progression. “Sometimes you’re vouching for someone, hoping they don’t let you down, but often people from under-represented communities are held to different standards. The conversation ends up being around how that person was supported rather than the systemic problems of the organisation as a whole,” she adds.

Food services company Sodexo UK and Ireland has executive sponsors for each dimension of D&I. Raj Jones, head of DEI at the company, believes this “demonstrates Sodexo’s commitment in each area and gives each one visibility at the highest level”. Furthermore, it means there are connections across the organisation that make it easier to deliver against individual goals. But the individual relationships are often the strongest, she adds. “One of the most powerful benefits is executive sponsors mentoring DE&I champions, helping them to navigate difficult situations, shape plans and provide guidance on engaging with the relevant stakeholders to ensure plans move forward. The benefits are two-way as the executive sponsors increase their own knowledge and become more consciously inclusive in their leadership style and day-to-day management of their teams.”

Palmer at BAE Systems Digital Intelligence sees progress as being driven by both the individual and the collective, creating an ecosystem of stakeholders that create a “company-wide sponsorship”. Last year the organisation launched a self-ID campaign to gather data on employees’ characteristics to support D&I initiatives. “We went to ERGs, our global employee resource forum, our network sponsors. We saw all stakeholders as sponsors and by engaging with them in that way – even the people developing the system – everyone had had a part in it by the time it launched,” she explains. The campaign was so successful the company won an award from the chairman, demonstrating the power of the sponsor to boost D&I’s profile.