Giving returners what they want

Giving returners what they want 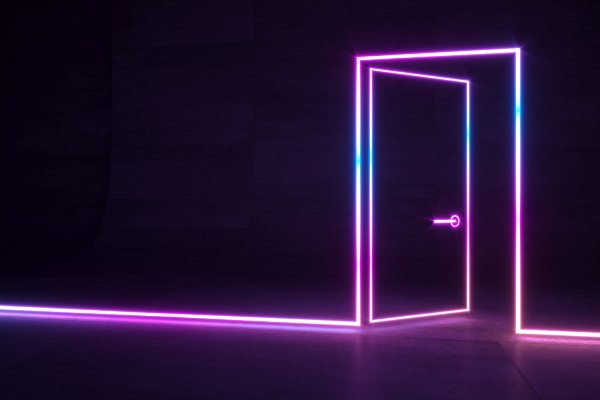 For all its misery and untold gloom, it would be good to think that the silver lining of Covid-19 has been a bounce back in female equality; where one longstanding problem – huge numbers of women dropping out of the labour market – has at least been abated.

For it was certainly the case, that pre-pandemic, women routinely suffered what PwC described as a ‘professional penalty’ as a result of having care responsibilities or having children. It found 65% of returning women had to contend with working below their potential, while three-in-five ended up in lower skilled (and therefore lower paid) work. Even when women did come back, their difficulties didn’t end there, with data by DPG finding 87% of women faced ‘significant issues’ – everything from marginalization from colleagues (17%) to colleagues being unsupportive and inflexible (14%). In fact this dissatisfaction women experienced when they did return to the workplace is primarily to blame for many deciding to exit altogether. UK Government data finds that when it comes to having children at least, fewer than a third (27.8%) of women are still in full-time work three years after having kids [compared to 90 per cent of new fathers]. Some 17% had left employment entirely within five years (only 4% of men had).

And yet the trouble is, since the pandemic things don’t seem to have improved. Not only does research suggest Covid-19 has worsened gender equality – by reinforcing women’s role as the primary care giver and doer of household duties – but the UK Equality and Human Rights Commission (in its recent ‘Pregnancy and Maternity Related Discrimination report), finds bias is still entrenched, with managers often assuming those who become absent from the workplace are no longer career focused anymore.

Returnship programmes can specifically improve gender equality, but according to many, they become fatigued and unfocused.

“On paper, companies say they have policies that provide the things you expect, like flexible working, compressed hours, or time off if needed, but it isn’t actually backed up by reality,” says psychotherapist Hannah Martin, who is founder of the Talented Ladies Club. “When meetings are scheduled for after school pick-up times, or socials are arranged for after normal work hours, the feeling of isolation, and that decisions are being made without them remains.”

For Toni Gaventa, business director at advertising, media and music agency, Truant London, this is a real lived experience: “As a mum of two, I’ve had too many negative experiences of returning to work after taking a break,” she says. “Sadly, larger organisations claim they treat returners fairly, but do the exact opposite. I’ve had one four-day week request rejected by a huge organisation and another accepted but with the sting of a demotion to a smaller brand. Why? Because shockingly I sense a lot of workplaces think women choose to work fewer days must be incapable of doing high powered/high priority jobs.”

The reality, says Ali Hanan, CEO of Creative Equals – which runs returner classes for clients – is actually the opposite; with mums in particular, tending to be more productive; focused as they are to hit targets so they can pick their kids up.

She says: “What returnship programmes often miss is the wrap-around support – that’s needed: support that gives women the confidence to explain what their needs are, and which enables them to positively ‘own’ the fact they are a mother, care giver, or career break taker – for whatever reason – rather than it being seen as a negative.

She adds: “The flexible working aspect is the easy procedural part; but the best return programmes back this up with training about how that person sees their ‘personal brand’.” She says: “They are also provided with mentors; and/or have access to coaching.” She adds: “Proper goal setting is also vital. Too many businesses unwittingly display bias – they use phrases like wanting people to ‘hit the ground running’, but the reality is that returners might well need time to get up to speed, and longer to work on tasks while this is happening.”

Data suggests 90% of returners get no formal support at all upon their return to the workplace, so just codifying new expectations will make a big difference. But Clodagh Murphy, director at recruitment agency Cathedral Appointments – who experiences what turns returners off on a daily basis – also warns that the worst thing a returner programme can be is too ‘one-size fits all’: “Women at each life stage will require a different sort of flexibility and balance.” She adds: “The key to a successful returners programme is that it prioritises open and honest dialogue to ensure that the needs of both sides are being met. Any programme must also evolve over time to ensure it becomes the best it can be.”

One uncomfortable truth is that a returnship programme must, as Murphy says be “socially valuable,” – by which she means also pledging to tackle gender pay gaps. This might be a harder needle to move, but a promise to focus on this too should be a must, she says.

More practical elements of a return programme, argues Gaventa, include offering unlimited holiday. But according to Dr Carina Paine Schofield, senior research fellow at Hult Business School (which recently researched how employers can support working mothers), return programmes shouldn’t also forget the power of networks. “We found parents valued being able to share their experiences with someone in the same industry or organisation.” She added: “Providing internal support networks or buddying programs will help with this. Here parents can share stories, discuss any challenges – psychological or practical – and support each other.”

• There is an estimated two million people in the UK looking to return to work after a significant period of time away, and 90% of these are women
• It is estimated that hiring returning women would add an extra £1.1 billion annually to the UK economy (PwC)
• In England 93% of men with dependent children are in work, while for women it is only 75%