From bias to behaviour change: how do we move forward with unconscious bias training?

From bias to behaviour change: how do we move forward with unconscious bias training? 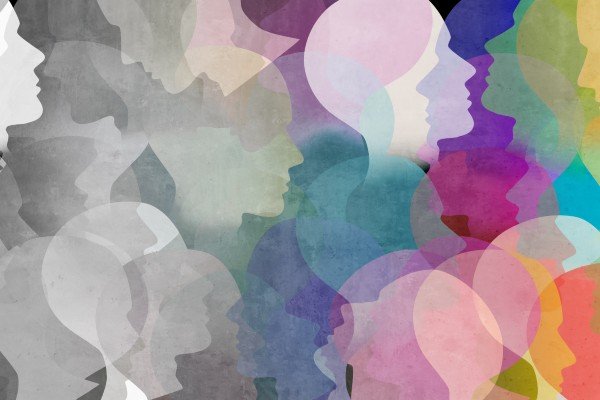 Last December, the civil service announced it would scrap unconscious bias training for employees, claiming there was no evidence that it changed attitudes. The government had commissioned a report from its Behavioural Insights Team that had concluded the training did not change behaviour in the long term or improve workplace equality. Less than six months on from the death of George Floyd, equality campaigners and D&I specialists alike were shocked, with one union rep asking “so what are you going to replace it with?”

Government departments are not the only employers to have questioned unconscious bias training – it’s notoriously difficult to measure how effective it has been as bias is highly subjective, and some have even claimed it makes inequality worse because groups feel pitted against each other. The issue often is, however, that biases that may have been building up for decades are impossibly hard to unpick with a short training session or e-learning course. “Many employees won’t have received information about what unconscious bias is, and training is not always fit for purpose,” explains Stuart Flint, president of Scaled Insights, which produces BiasProof, a programme that individuals and employers can use to identify biases. “They don’t necessarily know how their biases impact their day-to-day work, their behaviours and the organisation’s processes.”

Flint argues that the issue is that while unconscious bias training can capture someone’s biases and make them aware of them at one point in time, when they return to their daily environment those existing biases are likely to reappear and be reinforced. “Ultimately unconscious bias will reflect the environment we live in,” he adds. Creating feelings of ‘blame’ or discomfort won’t help either. “This is something very natural – we develop biases that are both positive and detrimental that make us behave in a different way towards a particular group. The government report is right that there is not enough measurement, but what it does confirm is that biases do affect how we make decisions, so it’s disappointing that the civil service dropped the training.”

Focusing on culture and the organisation, rather than individuals’ particular biases, will address the issue around the post-training reversion to inbuilt biases. “There are things all workplaces can do to identify what the scenarios might be where biases come into play. This could be interviews, reviewing job applications, delegating work,” Flint advises. “Then look at the environment itself. What does the workplace look like in terms of underrepresented groups? Are there structural things we can do such as looking at reward models?”

Neuroscience expert Dr Lynda Shaw agrees that the key message should be that our biases do not make us bad people. “The only people who don’t have unconscious biases are dead,” she laughs. “We need to encourage people to understand that it’s normal to have biases, but that it’s also not OK to normalise saying something that might hurt someone else or make them feel missed out.” She adds that training is unlikely to ever work if people’s motivation to learn from others’ experiences is not there. “Once we understand this, we can work on people’s habitual responses and what they say or do when they react to something or someone. Our knee jerk reaction is emotive, so if we can encourage people to keep quiet, take a breath and allow their brain to respond with sense, we can start to see changes.”

In workplace processes such as recruitment, Chengwei Liu, associate professor of strategy and behavioural science at ESMT, a business school in Berlin, advocates a slightly more unorthodox approach to reducing bias – random selection. “Random selection cannot guarantee optimal hiring – locating additional team members who have exactly the missing pieces to the ‘puzzle’ – but it can improve the baseline outcome of biased hiring decisions, such as those polluted by the meritocracy bias, nepotism, homophily [hiring people similar to us] or stereotypes,” he believes. “Randomness may help organisations uncover more missing pieces by revealing how self-confirming processes may have blinded them from finding these pieces.” Because random selection means deciding based on no reason, he adds, “blind luck can trump biased reasoning” where organisations have less control over outcomes but can see where their decision making may have been biased in the past.

Dr Shaw adds that our biases have an important role in how our brain operates. “They are a side-effect of heuristics (mental shortcuts) that make us efficient and effective. Without them we couldn’t process nearly as much data because they enable us to categorise things quickly and label them so we can move on.” For this reason, inclusion training that either accompanies unconscious bias exercises or replaces them needs to be consistent and regular, she advises. Opportunities for people to listen to and learn from people who are not in their ‘group’ encourages them to see value in others’ experiences, which helps to minimise how those biases surface in workplace situations.

One of the arguments used by the civil service against unconscious bias training was the lack of evidence to show its impact, so there could be some ground in Liu’s argument. Flint advises looking at a broad base of organisational metrics such as diverse representation in recruitment and whether the blend of backgrounds has changed in particular areas. “It’s also about celebrating different types of success, talking about diversity issues in the workplace itself,” he adds. “This enables staff to take ownership as a collective and help to move things forward, rather than it being something that’s done ‘to’ them.”