Five ways to be an activist organisation

Five ways to be an activist organisation 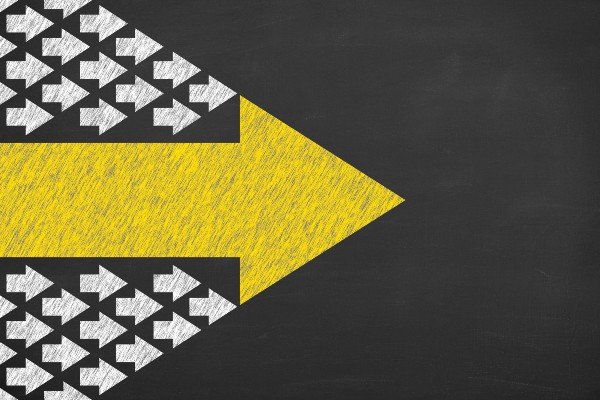 The summer months of 2020 produced a wave of organisations touting their activist credentials. After the tragic death of George Floyd and Black Lives Matter protests in response, businesses rushed to shout about their anti-racism policies and what they were doing to support their ethnic minority colleagues. But employees were quick to spot if their companies were doing little more than posting black squares on social media, calling on them to commit to actions rather than words.

Becoming an “activist” organisation, while it might sound risky, can have benefits for both business and culture. Investors and asset managers increasingly demand to know more about the actions organisations are taking to meet environmental, social and governance (ESG) goals. Potential employees tend to be more attracted to companies that demonstrate their purpose – a recent survey by LinkedIn found that 52% of jobseekers would not accept a job offer if they did not know or did not agree with a company’s mission or values.

Here are five ways organisations are taking action on causes that matter:

1. Active on anti-racism
After three Black England football players received racist taunts on social media after the team’s late defeat at the Euro 2020 final, many employers sent out messages of support. Consulting firm EY sent out a thought-provoking video detailing its anti-racist commitments, created by Black crew members and featuring a number of Black colleagues from its UK office. Launching the video, head of UK talent attraction Matthew Jeffery said: “Being ‘not racist’ is not enough – and we are taking action to ensure that EY is a place where every one of our people feels they belong and where Black talent can thrive.”The company’s commitment to anti-racism includes a target to have 20% Black and ethnic minority partners by 2025; an end-to-end review of talent processes to ensure they are equitable; to use UK census categories for race rather than the catch-all ‘BAME’ term; to offer race fluency and allyship training; and publish its ethnicity pay gap.

2. Support on domestic violence
Where some organisations might shy away for fear of intrusion into employees’ personal lives, mobile network Vodafone has taken decisive action on supporting employees through domestic violence. In 2019, it commissioned research which found that around 15% of the female workforce had experienced domestic violence in the past 12 months. The company launched a policy to support survivors of domestic violence and abuse, which offers support and specialist counselling, as well as up to 10 days’ additional paid leave (for all employees, not just women). There is training for HR and line managers in how they can “recognise, respond and refer” to an employee disclosing an incident to them or if they suspect something might have occurred.Speaking at d&i Leaders Global Forum earlier this year, Claudine McMahon, global head of culture and inclusion, said: “The most frequently used aspects [of the policy] are referral to counselling and the paid, safe leave. In some markets there is little support for survivors of abuse but rates are high, so this is really important. Training and awareness has given visibility to the issue and opened up new spaces to openly talk about domestic violence and abuse.”

3. Recruiting ex-offenders
According to figures from the Ministry of Justice, only 17% of ex-offenders manage to get a job within a year of their release from prison. Yet those who do secure a role are up to nine percentage points less likely to reoffend. Organisations that actively seek to recruit ex-offenders could see a double benefit – access to skills in an increasingly tight labour market, and supporting someone to rebuild their life. The New Futures Network, a government organisation that forges connections between businesses and prisons, argues that retention is higher among ex-offenders as they become loyal employees, while many have job-ready skills they have acquired in prison.Employers who tap into ex-offender talent include Timpson, Greene King, Clipper and Ricoh. One other step organisations can take to support ex-offenders is to sign up to Business in the Community’s Ban the Box pledge. This is a commitment to not ask candidates about criminal convictions during the initial stages of a job application (as in asking them to tick a box, then detail previous criminal convictions), as this immediately puts up a barrier to them applying. It also urges employers to review recruitment processes to ensure that if a candidate does disclose a conviction, they are given full opportunity to explain the situation, and that the circumstances of the conviction are fairly assessed against risk and relevance to the role.

4. Opening doors to refugees
Many refugees are highly skilled professionals who are struggling to have their qualifications recognised in the UK or lack the knowledge and experience of employment and working culture to progress. Asylum seekers, furthermore, are denied the right to work while their application for asylum is processed, so are often forced to survive on pennies each day. The Refugee Council supports refugees to get back to work with activities including workshops on preparing for interviews and work experience opportunities. But it’s employers that offer cast-iron work opportunities that can open doors for them.In 2017, Starbucks made a pledge to employ 10,000 refugees worldwide in five years, and 500 of those will find permanent employment here in the UK. The company offers a tailored four-day employability support course with a guaranteed interview to become a barista at the end. It also trains managers to understand the complexities of the asylum seeking process, to overcome language barriers and to be aware of cultural issues. Nearly 60% of candidates who have gone through the programme have remained employed. Another way to take an active role in supporting refugees is to join the Tent Partnership, a network of more than 170 major companies who engage refugees as potential employees, support them in small business ventures, encourage their supply chains to hire refugees and tailoring products to meet their needs.

5. Supporting LGBT+ rights
In 1994, furniture giant IKEA was one of the first companies to run a TV ad featuring a gay couple. It only ran in a few US states after 10pm, but the company received bomb threats. In the years since, it has campaigned against the controversial bathroom law in some US states that threatened to force transgender people to use the bathroom according to their birth gender rather than their identified gender.Sari Einy Brody, now an EDI consultant and former Global Head of Equality, Diversity & Inclusion at the company, recently told delegates at d&i Leaders’ Global Forum that the company always stood for equality, even if it meant “we lost some clients but gained many”. When the Polish arm of the company fired an employee for anti-LGBT views, Brody herself received threats on social media. But she describes social activism as “a necessity for driving social change”.A host of other companies including Google and Disney have vocalised their support for trans rights by signing an open pledge last year to state that trans rights are human rights. A further 70 wrote directly to the Prime Minister last year to ask the Government to reform the Gender Recognition Act to allow for self-identification and recognition of transgender and non-binary people. Others have committed to “stand up to pinkwashing” – where organisations display superficial support or rainbow flags during Pride month but little else the rest of the year – via the Pride 365 initiative.