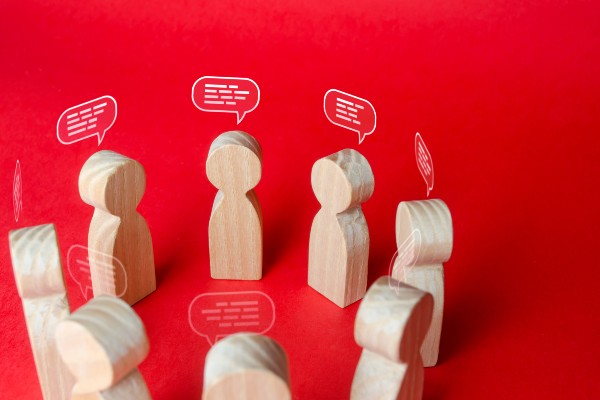 Gender norms and gender inequity (an outcome of these socially constructed norms) affect both men and women. Therefore, in order to de-construct and re-construct gender for the purpose of promoting gender equity (equal outcomes) we need both men and women to ‘lean-in’ and question the roles men and women play in both society and in the modern workplace.

And yet in my work as a global ED&I consultant I have observed an increasing negative trend over the last 10 years. Not only are men as a rule (not all) not leaning in; they are, increasingly pushing back. Perhaps the most overt example of this is the now 2017 infamous Google memo, in which James Damore, a then Google engineer accused the global tech company of operating in what he termed an ‘Ideological Echo Chamber”. Much of this memo is framed in highly questionable pseudo-science that perpetuates gender stereotypes – I found much of what was written offensive. But there is a wider question here – as Google’s then CEO Sundar Pichai wrote to employees, it is important that businesses create a culture where workers do not feel under threat and do feel safe to express viewpoints that we may not all agree with. This is, I would suggest vital for promoting psychological safety and a culture of healthy debate and discussion.

And yet it is clear to me that many white straight men feel a growing sense of psychological vulnerability in the context of ED&I. This poses a significant challenge to us of all.

To address this, I would suggest 3 ‘corrections’ to the current debate:

Reframing the debate: Gender inequity impacts is all

As the feminist author and thinker Judith Butler has suggested, gender itself is a social construct and as such it governs gender norms that impact both men and women – men are socialised to be assertive and strong and act as the protector figure; this often results in toxic masculinity in the workplace – this plays out under the guise of the hero figure who works 14 hours a day, supports aggressive management styles and in extreme forms, sexual harassment and violence against women. (and men in the form of homophobia). Women are ‘boxed in’ as support figures, straightjacketed with ideas of authentic emotionality and warmth. As quoted by Bonnie Chiu in Forbes, a study by Dr. Robert Blum has shown how “gender straightjackets” cause harm to both boys and girls and men and women alike. Thus, while we must retain a laser sharp spotlight on issues of female representation in corporate cultures, gender pay inequity and agile working patterns in order to address inequities that impact women, a more progressive agenda would be to also (additional as opposed to replacement) shine a spotlight on the critical issues – straightjackets that impact men at work.

Promote a culture of open debate

Men are increasingly feeling a sense of psychological vulnerability. In my work with male leaders they increasing express to me a sense of dread when engaging in ED&I topics for fear of being attacked; if they ‘miss-step’ due to not having the right language or being seen to be out of touch with the current issues. This fear of being called out, often in the form of public shaming in today’s social media obsessed world, is driving disengagement and withdrawal from much-needed open and honest conversations. More worryingly, the conversation is being driven under-ground and is happening in cultural echo chambers (by both majority and minority groups).

To address this businesses need to foster workplace cultures that promote psychological safety by allowing a space for errors of thinking and mistake-making; by this I mean we need to promote a culture of learning through debate based on assumptions of positive intent. It’s far too easy to criticise someone for saying something that may not align to our own value-judgements, but in order to engage men we need to stop the programme of attack. (To be clear this does not allow space for active discrimination or prejudice). We as members of minority groups do not have a monopoly on truth of experience.

Educating through an intersectional lens

Too often educational programmes aimed at promoting male ally-ship miss out the critical intersectional power relations of race, gender, sexual orientation and other such factors. Effective allyship only works when it takes a holistic approach to inclusion management, which means focusing down on the different ways in which different elements of our group and individual identities intersect, resulting in differential impacts. As suggested by Ruchika Tulshyan in the Harvard Business Review article: “Do your Diversity Efforts Reflect the Experiences of Women of Color” (July 2019), an intersectional assessment of gender diversity means:

a. Paying attention to data by gender and race, covering hiring, pay disparity, retention rates and promotions
b. Drilling down on the experiences of employees by assessment employee engagement survey data by race and gender – I would also add factors such as age and sexual orientation
c. Promoting debate between groups by structuring ERGs that promote intersection awareness and involve men in conversations on gender diversity at work
d. Shifting education to take an intersectional approach

About the author
Dan Robertson is the Director of VERCIDA Consulting, the global inclusion management company. He spends his days supporting global executives to turn diversity theory into meaningful actions. In 2019 and 2020 he was named by Hive Learning as a top 50 D&I leader for his work globally and locally. Dan is Chair of the Lord Mayor of London’s Power of Inclusion programme (London). He is a contributor to the 3rd edition of the Inclusion Nudges Guidebook. (2020)