Domestic abuse is the “shadow pandemic”: how can employers help?

Domestic abuse is the “shadow pandemic”: how can employers help? 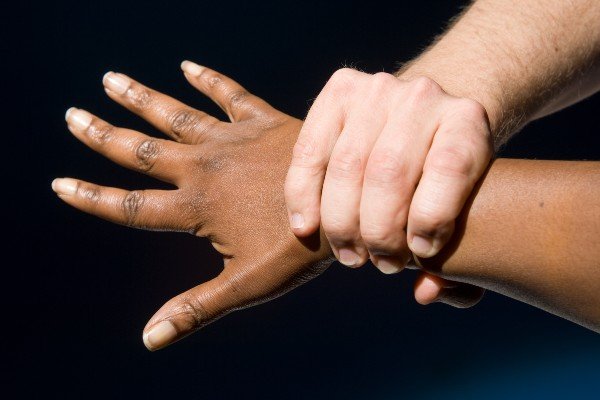 We know that Covid-19 has had hit certain groups harder than others – women in particular have felt the brunt of the virus, either because many of them are key workers or still need to go to work in sectors such as retail, or because they bear much of the burden of juggling homeschooling or childcare with working from home.

But there has been another, more alarming trend that has emerged from the lockdown globally. Last month, the United Nations sexual and reproductive health agency UNFPA revealed that every three months of lockdown could result in 15 million more cases of domestic abuse than would normally be expected. They have described it as a “shadow pandemic” alongside the virus itself, and predicted it would have a “catastrophic impact” on women.

Here in the UK, the National Domestic Abuse helpline saw a 25% increase in online requests for help since the lockdown began – receiving hundreds more calls in the first two weeks of restrictions compared to before. Alongside employers’ duty of care to ensure the workforce’s mental health is looked after, is there also an obligation as an inclusive organisation to offer help for those who may be facing violence at home?

Last year, Vodafone implemented a new HR policy specifically for victims of domestic abuse in 25 of its operating companies. Employees can access support and specialist counselling, as well as up to 10 days additional paid leave. It launched the policy in response to research conducted with consulting company KPMG, which found that around 122,000 working women in the UK took time off in the previous 12 months because of domestic abuse. There’s a business benefit to supporting women in this way too – the research estimated that £316 million is lost in economic output because of work absences related to abuse, and the potential loss of earnings and impact on an employee’s career progression is equivalent to around £5,800 each year. Four million women globally have missed out on a promotion for a reason associated with abuse, it suggests.

The Vodafone Foundation, the charitable arm of the mobile network, also developed an app so users could locate their nearest support services, or fill in a short questionnaire to assess the safety of their relationship. The Bright Sky app, as it is called, logs incidents of domestic abuse without content being saved on the device so evidence can be used to support the police to intervene if necessary, while keeping the woman safe. Since launching, it has been downloaded more than 25,000 times.

From a D&I perspective, domestic abuse is not just an issue around gender – there are intersectional issues too. The union Unison reports that black women may hold back from seeking support from agencies such as the police and social services for fear of a racist response, or that the response will be based on cultural, ethnic or religious stereotyping. It also points out that disabled women can be particularly vulnerable to abuse and violence because there may be a lack of accessible refuges and temporary accommodation, unavailability of sign language interpreters or information in Braille, and the fact that their disability itself reduces their capacity to escape. And because domestic abuse is often portrayed as a heterosexual issue, this can be a barrier for LGBT individuals seeking help. Unison says: “Lesbian, bisexual women and trans women can experience the same issues of power and control within their relationships as any couple, which may manifest itself as physical, sexual, verbal and economic abuse.” Of course, organisations must also be mindful that domestic abuse is not always against women – the Office for National Statistics reported that there were 685,000 male victims of domestic violence in 2018. Calls to the Men’s Advice Line run by the National Domestic Abuse helpline increased by 35% during the first week of lockdown.

Unison argues that there are a number of benefits to having specific domestic abuse policies in the workplace:

When it launched its policy, the Vodafone Foundation produced a toolkit to help other employers do the same. This includes definitions of different types of abuse (it is not always physical – perpetrators can take control of finances, make emotional threats or even abuse victims online) and describes how it might impact someone at work. “When domestic violence follows victims into the workplace it impacts on productivity, morale, wellbeing and workplace relationships,” it explains. “It puts limits on an employees’ full and active participation in work. In practice, many women experiencing domestic violence and abuse end up by leaving their jobs.”

It recommends a ‘recognise, respond and refer’ model of support, where employees are encouraged to disclose, policies offer a supportive workplace, and managers can then signpost employees to counselling services or external agencies to get the help they need. Policies should include an explanation of the company’s commitments, how tasks and work locations might be adjusted, flexible working arrangements and potentially paid leave, and how the company would support the employee (confidentially) to seek help. Where there is an immediate threat to the employee, it offers a list of actions for drawing up a safety plan. One option might be a ‘report and support’ app such as Bright Sky – there are a number of such apps available.

Offering support for those who suffer domestic abuse is not an intrusion of privacy, or ‘nothing to do with the workplace’, as the stats above show. One employee who experienced domestic violence and benefitted from a paid leave policy described it like this: ‘My employer wrapped its arms around me when I needed it most’. The time off and support she received helped her to rebuild her life, which in turn meant she could eventually refocus on her career.

The Employers’ Initiative on Domestic Abuse has a number of tools and resources, to enable businesses to better support their employees affected by domestic abuse. Click here for details.