Diversity awards, indices and benchmarks: all about who shouts the loudest?

Diversity awards, indices and benchmarks: all about who shouts the loudest? 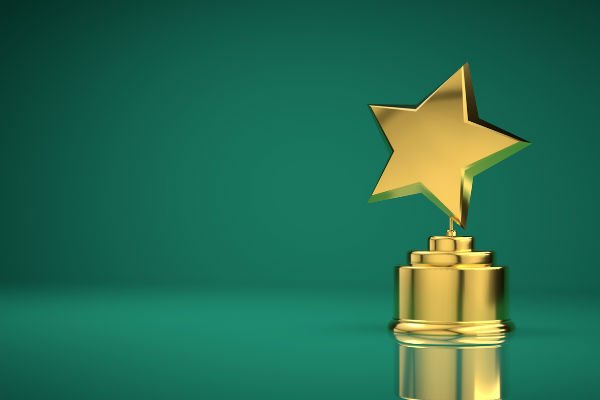 While it’s great that diversity and inclusion is more recognised as a crucial and well-rewarded role in organisations, there’s arguably one aspect of it that can feel like another full-time job – diversity awards, indices and accreditations. From long-standing exercises such as Stonewall’s Workplace Equality Index, to new benchmarks across every imaginable aspect of diversity, an employer could keep a whole team busy writing testimonials, gathering data and entering awards.

We all know that being a visibly diverse organisation can help to attract and retain the best. Having a logo on your website that says you’re a great employer for parents or being recognised as disability confident may make all the difference when it comes to bringing in candidates. But with enough time and resource required simply to keep the diversity dial moving within the organisation itself, there’s no way you could enter every single thing available, least of all do so properly.

So how can you prioritise? Anne Foster, director of diversity, leadership and organisational development at Sony Pictures Entertainment, believes that indices can be helpful because they help diversity leaders to build a plan and get an idea of where they are. It also helps if there is some written feedback on your submission, as it can help persuade other stakeholders in the organisation of the importance of the issue and where improvements can be made. In awards, transparency over how you are marked, who the sponsors are and how you are nominated is crucial, she adds.

Diversity champion Barry Boffy agrees, arguing that top 50 and top 100 lists “tend to drive perverse behaviour, all in the name of competitiveness”. Again, it all comes back to resource – large employers who can afford to employ extra staff to jump through the hoops required arguably have more chance of getting on judges’ radars and shortlists. He says: “More often than not, an organisation that can throw money at the problem comes out on top and those that can’t fare less well but none of these things really measure the inclusivity or the culture (‘feeling’) of an organisation.”

Transparency over criteria is an absolute must. On a d&i Leaders LinkedIn discussion on the topic, members mentioned awards being given away “like candy” and even the potential for nepotism to creep into the nominations. Having a professional awards submission writer on board or knowing how to ‘work the system’ doesn’t necessarily mean your organisation exhibits inclusive behaviours. HS2 head of equality, diversity and inclusion Mark Lomas points out that while awards are useful to spread best practice and keep the pressure on to continually improve, “criteria need to clear and submissions judged on tangible evidence”. Very few, he adds, stand up to real scrutiny. Julian John, managing director at Delson, agrees: “There are just too many awards and they don’t seem to be pushing the agenda forward. It’s almost the reverse where organisations are resting on the fact that they’ve been recognised.”

For those that do warrant the time and effort, the process of putting the evidence together can have benefits. Shaun Kennedy, head of diversity at Change, Grow, Live says this was the case when participating in the Stonewall Workplace Equality Index: “Our assessment is that in addition to helping to make our employment practices and service delivery more LGBT inclusive, participation in the index has benefits for the whole organisation.” His team is now working towards becoming a Disability Confident Leader organisation, which again is resource intensive. “I feel that participating in top 100 equality indexes can definitely have benefits – but they take a lot of time, preparation, and commitment,” he adds.

With the potential for more legislative reporting requirements on the horizon (ethnicity pay reporting, should this pass through parliament) diversity leaders know the power of data and most will already measure certain aspects of inclusion for internal purposes. In addition, they need to build momentum for a busy calendar of initiatives, support employee networks and argue the business case for investment in diversity with senior leaders. As many d&i professionals have pointed out, there are organisations doing amazing work in diversity that will never win an award or feature on a top 50 list, but that doesn’t mean they’re not pushing the agenda forward. Ask questions before you get involved is the best advice: do you receive constructive feedback? How transparent is the process? Is there potential for some companies to gain an unfair advantage? Get involved by all means, but choose carefully.