Data and disclosure in D&I – it’s all about trust

Data and disclosure in D&I – it’s all about trust 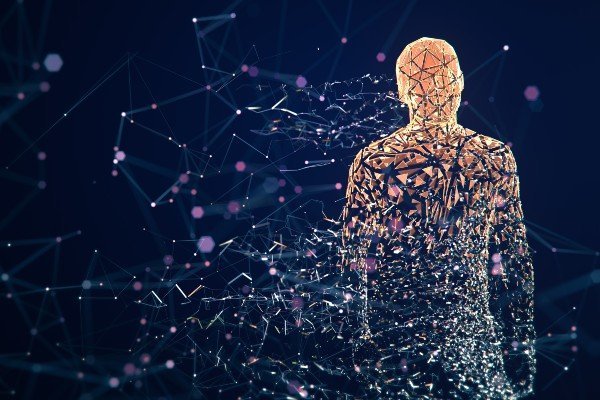 When organisations want to target their consumers, they invest millions into understanding who those people are, their likes and dislikes, the other things they buy, even how they browse the web. Comparatively, employers possess very little rich data on their workforce beyond gender, age and National Insurance number.

But if they want to develop programmes and nurture behaviours that make their organisations more inclusive, how can they do this without knowing more about the individuals that make up the whole? Gamiel Yafai, founder of D&I consultancy and coaching company Diversity Marketplace, believes the level of data collected by organisations on protected characteristics beyond gender and age is currently very “basic”. “This has been the norm for a long time. Organisations use excuses such as they don’t have a customer relationship management system, or that if they collect data it will throw up information they don’t want to hear. There’s fear,” he says.

Disclosure levels can be as low as 2% but generally average around 10%, adds Gafai. Those that achieve higher rates have to work really hard to get them, and it can take years. “The biggest thing for employees is psychological safety and trust – what will the organisation do with my data? Some worry if they put something on the form they will be discriminated against,” he says. Valerie Hughes-D’Aeth, director of VHD Consulting and former group HR director of the BBC, agrees: “They are also concerned that it may get into the wrong hands and be leaked. For example an LGBTQ+ individual who is not open about this publicly will be very concerned about sharing this very personal data.” Disability often has one of the lowest disclosure rates, despite the fact that having more information about someone’s physical or mental disability can help an employer make adjustments.

So how can employers instil that feeling of safety? “It all comes down to transparency and trust,” adds Hughes-D’Aeth. “Do they trust the organisation to protect their data properly in accordance with all the GDPR obligations? Has the organisation been transparent and communicated clearly what the data is going to be used for? Who is going to see the data (is just a few people in the HR analytics team for monitoring for macro trends purposes – or will their manager and potentially other people get to see the information that directly relates to them as an individual?)” Organisations should consult clearly with employees and listen to concerns before sharing their D&I data strategies, she advises, covering what data will be kept, where and why, as well as who will see it and how often it will be updated.

Loraine Martins, director of diversity and inclusion at Network Rail, explains that her organisation collects data on all of the protected characteristics and reports on them, just at different frequencies. “We use this to form the basis of our D&I strategies – we need to know the full complement of our employees so we can have a strategic approach.” The first time Network Rail collected comprehensive data it led to the establishment of its employee networks for LGBT employees, black and ethnic minority staff and women – based on the fact the data showed that these groups were under-represented. But Martins admits there is still a way to go. “We have around a 17% gap in ethnicity data – so people either ticking ‘prefer not to say’ or not ticking anything. Disability and sexual orientation are also low,” she says. “We’re a safety critical organisation and I wonder if people feel they might impact on their career if they disclose a disability. That’s part of the mythology of the organisation, the stories that have become live in people’s minds. So we’re working hard to shift that.”

One action Network Rail has taken is to shift the emphasis from disclosure to ‘sharing’, as the word disclosure can have negative connotations. The organisation has improved communication on how the data will be used and who will access it – including FAQs and working with managers to ensure they use the data to consider where there may be barriers for certain groups. Dawn Moore, group people director at construction company J. Murphy & Sons, agrees that messaging is important. “If we’re clear on how the data helps the organisation become more inclusive, people are more likely to share it,” she says. “There’s a big disparity between those that collect and those that use. Our starting point is ‘only by getting this picture from you can we work out what is not working so well’.”

There are also practical challenges to getting more comprehensive data about employees: HR systems may not be aligned (perhaps the organisation has been involved in a merger or has moved systems); some collection may still be paper-based; collection happens at different times of year or stages in the employee lifecycle. Global companies may need to tweak questions they ask to meet cultural sensitivities or consider legal frameworks, too. This can make it harder to look at D&I issues in an intersectional way – for example whether engagement is low in particular groups and why that might be, or whether turnover is high among women in a male dominated workforce. Some employees may also have concerns around data protection, even though legislation permits organisations to collect data for legitimate reasons. On this, Network Rail offers reassurance to employees: “We wouldn’t disaggregate data that would be identifying, for example. We need to assure people in the business we’re doing right by them,” adds Martins.

When Hughes D’Aeth was at the BBC, they were able to get high participation rates in their employee census and were able to drill deep across gender, ethnicity, LGBTQ+, disability and social background. The data was shared among employees and wider stakeholders but the organisation also established workstreams across the five dimensions to address any issues raised by the data. “What is really important is constantly communicating progress and using data to evidence the progress,” she adds. “This in turn builds further trust when employees are asked to share data about themselves as they see action actually being taken.”

Yafai considers whether the changes brought about by the pandemic could lead to people sharing more. “It helps that some people that have felt at a disadvantage before are now at more of an advantage, such as introverts who feel they can speak up for the first time because they’re not in a room and they’re being invited to say something,” he says. But the real game changer for improving data sharing is wider culture change in the organisation itself. “We’re improving representation, but not really getting people moving into decision-making positions from different backgrounds, rather than an echo chamber. And the more we know about people, the more we can bring them to the party,” he concludes.