Can you be a DEI practitioner and an activist?

Can you be a DEI practitioner and an activist? 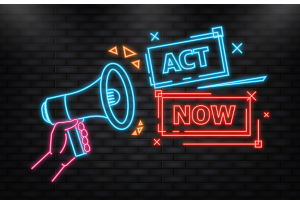 To some, it’s a conflict of interest, to others, it’s part and parcel of their role. The debate around being a DEI practitioner and an activist is a potentially complex one, blurring the boundaries between the personal, the political and the professional.

So what do DEI professionals think? Is it possible to be a DEI practitioner and an activist?

“It’s precisely my job to be both,” says Aisha Suleiman, award-winning diversity and inclusion advocate and founder of The Inclusive Culture. “I see DEI practitioners as being activists in the workplace. It’s wanting to see a change and bringing people along on that change.”

Sandi Wassmer, CEO of Employer’s Network for Equality and Inclusion (enei) agrees. “As a DEI practitioner, my day job is centred on advocacy and allyship, but there is no reason why a practitioner should not get behind the causes they believe in and support campaigning activities. In my role as a non-executive director of MHFA England, it is incredibly important to me to put energy into activism on mental health.”

Sandi, the only blind female CEO in the UK, defines activism as ‘vigorous campaigning’ to bring about political or social change, but which operates within the confines of rules, laws or regulations. “Activists are responsible for the rights that underpin how we exist in the corporate world,” she says. “Everything from the Equality Act to corporate social responsibility. And it is this context that underpins the work that DEI practitioners are able to do.”

There is a school of thought though – albeit a relatively small one – which questions the rationale of such an approach. DEI practitioners must still operate within the confines and boundaries of the corporate world, so isn’t their influence somewhat limited, anyway?

“Absolutely not,” Aisha insists. “There are so many ways to be an activist in the corporate world. “One of which is through employee resource groups (ERGs). These are communities of employees who come together with a specific mission. They have specific goals, such as to increase the number of women or people of colour in leadership positions.”

Aisha herself set up a Black ERG with a group of like-minded colleagues to support Black employees for Amazon UK in 2017, which is still running today. It was no mean feat: “this was before people were even comfortable saying ‘Black’ in the workplace. And companies then were really focused on gender inclusion at the expense of everything else.”

Working within the confines of the corporate world is also about focusing on what the DEI practitioner can control, rather than what they can’t. Aisha gives the example of a company instructing a DEI practitioner to ‘only’ focus on gender in DEI strategies. “What you can then do is see what you can achieve through the lens of that relatively narrow spectrum,” she advises. “So you can look at the experience of Black women, LGBT+ women, of women with disabilities. It’s about saying, ‘how can I still achieve the things which are important to me but within these boundaries?”

However, Sandi admits that navigating your own values and as a DEI professional while complying with the corporate agenda can sometimes be a challenge. “There are times when it’s hard not to speak up when you have concerns, particularly if you see something on social media you want to address, but it’s equally important to always take a moment to understand the landscape,” says Sandi. “With social media giving everyone a megaphone and the quickness with which people judge, many important DEI issues are being overly politicised, polarised, dismissed as woke or disregarded entirely. I am extremely mindful about how I engage, in order to ensure the things I care deeply about have traction and the things which are spoken about are considered and acted upon in the right places to achieve maximum impact.”

If it can sometimes be a challenge having to remain within certain corporate boundaries as a DEI practitioner, it may be doubly so in sectors which need to remain politically neutral – such as education.

But not every education institution sees this as an insurmountable problem. Midlands-based multi-academy trust Transform Trust which includes 21 schools across Derby and Nottingham is one such organisation. The trust’s central team have several DEI professionals in leadership roles who run DEI-themed campaigns and work to make a difference to the local communities they serve.

Azuraye Williams, assistant headteacher at Breadsall Hill Top Primary School in Derby and DEIB leader across the Transform Trust, believes DEI activism is an essential part of education because it broadens horizons, raises aspirations and shapes character. “It’s also about instilling a sense of purpose and citizenship in the children we teach, leading to positive and pro-active participation in their communities,” says Azuraye.

In Azuraye’s view, activism is seeing an injustice and wanting to make an improvement for the ‘we’. “It’s about making a change and being selfless in the pursuit of improving outcomes. It’s recognising everyone’s different worldviews and finding ways of bringing things together, understanding all sides,” she explains.

Combining the personal and the professional

This arguably, is what sets DEI leaders apart from other professions. DEI is a profession of passion, equity and allyship, borne out of personal values and a desire to create a level playing field for all. A lawyer or an electrician may not – arguably – be able to bring their personal views into the workplace, but a DEI professional can.

As Sandi puts it: “My drive, passion and dedication to making the world inclusive for every human being on earth never abates. As CEO, it’s my job, but as a blind, Jewish woman with ADHD, it’s my responsibility.”