Boosting financial inclusion during the cost of living crisis

Boosting financial inclusion during the cost of living crisis 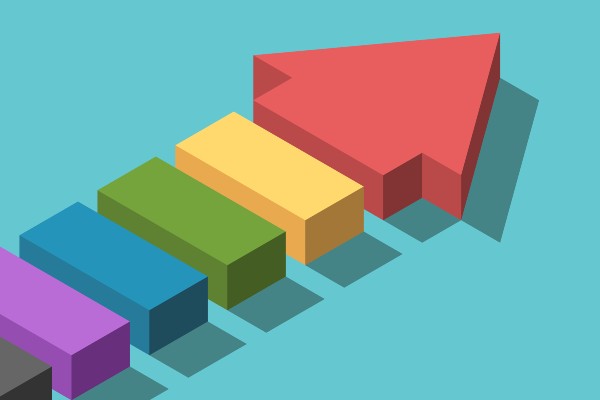 “Britain’s citizens are facing perhaps the most difficult economic conditions in living memory,” says Anjana Haines, head of content, The Payments Association. “Ordinary people in the UK are looking at the possibility of being over £7,000 worse off than they would be if energy costs weren’t spiralling out of control. It’s going to be a grim time unless something is done rapidly.”

Growing evidence suggests that the cost-of-living crisis is not affecting everyone equally. A new report published this month by The Runnymede Trust revealed that Black and minority ethnic people are ‘disproportionally falling faster and further’ below the poverty line than white counterparts due to existing society inequity. Networking group People Like Us warned the same. Their research found that 34 per cent of professionals from racially diverse backgrounds say their salary won’t cover mortgage, rent and energy bills in comparison to 27 per cent of white peers.

“It’s heart-breaking to see the devastating effect of the cost of living crisis is having on people,” says Sheeraz Gulsher, co-founder of People Like Us. “But our data shows that this crisis is affecting those from minority backgrounds significantly more. When you consider that people from diverse backgrounds are already getting paid less than their white counterparts, we think the People Like Us mission to create fair, equitable pay and transparency across the UK workforce is more crucial than ever.”

Many people with disabilities will also be adversely affected due to extra living costs and equipment which needs charging, warns Lauren Peel, head of markets, consumer insights at financial inclusion body Fair4All Finance. She talks too about the poverty premium – whereby those who are struggling financially often end up paying more for things than those not in poverty such as pre-payment meters instead of direct debits.

“The cost-of-living crisis is having a huge impact on wellbeing and engagement,” says Peel. “Research we’re undertaking at the moment tells us that the keywords coming out around how people are feeling are: stressed, withdrawn, burnt out, not sleeping. People just aren’t able to perform at their best. So financial inclusion in the workplace is absolutely critical.”

While some companies may be able to offer pay rises, many will be unable to do so due to the rate of inflation.

According to Harrison, companies should review current tools and identify other benefits to see how else they can help. Including:

The Association of Accounting Technicians (AAT) suggest investing in extra qualifications for employees to help ‘better manage’ their finances at work, home and the community. Gift card incentive schemes can help too. Research from Miconex, who work with business communities in towns and cities to encourage local spend, found that employees are more likely to use gift cards on practical items such as food, clothes and fuel.

Meanwhile, Peel says Fair4All Finance employers could promote benefit calculators to employees. “There’s about £15bn of unclaimed benefits every year so that could be an extra £400 a month,” she explains. “It’s often because people just aren’t aware they’re eligible. Providing something like this would be a real tangible help, especially for those on low-earnings.”

The wider fintech industry too can help, says Anjana Haines, who believes the sector’s expertise in bringing people into the financial mainstream will be ‘vital’ to stop large parts of the population from falling between the cracks. “The fintech sector has developed workplace tools that give people unprecedented control and insight over their finances, allowing them to see where their money is being spent and budget accordingly,” she explains.

The companies helping employees during the cost-of-living crisis

31 businesses including Lloyds Bank, Serco, EasyJet, Aldi and Currys are offering cost of living payments and bonuses to employees while others, such as recruitment consultancy MRL Consulting Group have recently announced a 10 per cent pay rise.

Although MRL Consulting Group already adjust salaries to the rate of inflation, CEO David Stone said he wanted to go ‘above and beyond’. “Fresh fruit and a jolly once a month just won’t cut it,” says Stone. “I need my people focussing on delivering world class recruitment services, not worrying about the cost of fuel, food and utilities.”

Search engine marketing firm Marketing Signals have recently moved to a 4-day week with no loss in pay to help with rising living costs. According to Jack Darracott, web app developer at the company, the reduced hours have saved him £800 a month in childcare costs and a ‘fortune’ in lunches, coffees and fuel costs. “This extra saving is so important to those having a tough time,” he says.