Belonging: Why we need to keep the conversation going

Belonging: Why we need to keep the conversation going 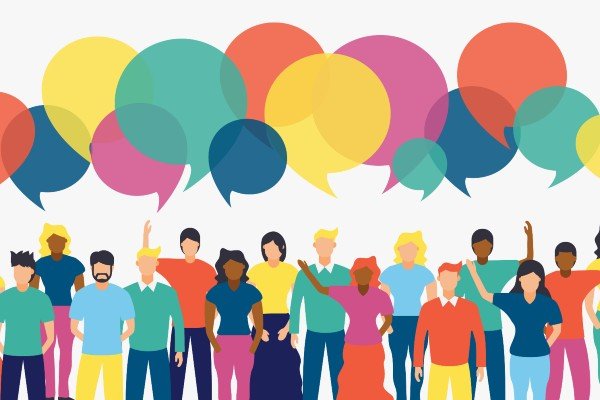 In many ways, ‘belonging’ can be difficult to define and definitions can vary. Advita Patel, co-founder of A Leader Like Me and director of communications consultancy CommsRebel, describes belonging in a workplace context as, ‘being your best self’ and ‘feeling included’ in conversations and strategy. “Processes and decisions are made with you, nothing is done to you.”

Liz Sanders, client executive director at LACE Partners describes belonging as a “sense of fitting in or feeling like you are an important member of a group.”

So while definitions around belonging can be slightly different, it’s often easier to pick out examples of situations of unbelonging: the Muslim woman who isn’t able to socialise with her colleagues after work on Fridays because they always go out drinking; the new employee taking part in an ice-breaking game who is asked to name the ‘most exotic place’ they’ve ever visited but can’t because they’ve never been abroad; the woman in the wheelchair unable to take part in their department’s marathon challenge; the gay man overhearing homophobic jokes in the office.

The need to belong

Feelings of unbelonging cut deep, even if the situation – or even workplace culture – which has made someone feel excluded, is unintentional. As Dr Ajit Menon, business psychologist, organisational consultant and partner at Blacklight Advisory explains, the need to belong is innate. “Humans are herd animals and as herd animals, affiliation is a very important part of how we live and work and how we negotiate the world around us,” he says. “Being part of a group gives us identity and it gives us validation. Belonging is therefore really important.”

In Patel’s view, belonging is also about representation and creating an environment of inclusivity, regardless of background. “Businesses must represent the community they serve. If your business is in Manchester, employee diversity must reflect Manchester’s diverse population, and that includes leadership level: it can’t be made up of predominantly white men.” But it’s also not about tokenism either, which Patel calls ‘one of each’ thinking. True representation, she says, has to start with an unbiased recruitment process that’s fair and equitable. “Businesses need to be thinking in collective terms and asking ‘what can we do to make our culture more inclusive? It’s not about hiring one Black woman or one gay man to fulfil quotas.”

Yet, on the flip side, Patel points to research which has demonstrated – time and time again – that employees perform better if there is a true sense of belonging and inclusivity in the workplace. “If people feel they belong, if people feel empowered and engaged, performance will be three times better, so it’s a no-brainer. Why wouldn’t you want your employees to truly belong and thrive?”

For Patel, it should no longer be about ‘culture fit’ but ‘culture add’: organisations should stop expecting employees to fit into their ‘moulds’ of who they want their staff to be and represent, but to bring their own identities and experiences into the workplace.

Menon agrees. “It’s important for organisations to create an environment and culture where there’s a feeling of true safety, where being different does not mean standing out.”

The choice to be ourselves

But with such a huge mix of personalities, values and experiences, is it really possible to ensure every employee brings their whole self into work and do people really want to?

“We want choice,” says Sanders. “I’ve often noticed that many of my peers have a ‘work persona’ in the way they conduct themselves, dress and behave. A chink in our ‘armour’ could be seen as a weakness, so there are parts of ourselves that we may feel uncomfortable revealing to others at work.”

Sanders herself recalls a time, not so long ago, when she adopted her own work persona: ensuring her hair was styled perfectly, nails polished and always wore high heels. “But times have changed, our work life and home life have significantly converged, with daily zoom/Teams calls where jeans, t-shirts and hoodies are accepted, where people have a glimpse into personal lives, where and how we live, our families, our pets; our children; we have had to become more comfortable letting people in.”

The pandemic, Sanders believes, has strengthened the movement to improve the sense of belonging at work, and more people may feel comfortable showing their more authentic selves when they return to the office. But she also suspects there will still be some who will always leave a part of themselves at home. “It’s safer, as most of us will always fear making mistakes, being judged or being too ‘emotional’ at work, no matter how comfortable the environment might be.”

As Menon points out, this might not necessarily be anything to do with the workplace itself either. For example, other social factors may prevent a gay employee from feeling comfortable enough to come out at work.

Encouraging staff to bring their true, authentic selves into the workplace comes with a small risk, however. Patel warns that could mean that a small minority of employees would therefore feel comfortable voicing extreme political views. “It’s why I always ask businesses, ‘are you sure’? The onus is on the leaders to ensure they have done their due diligence in recruiting staff who don’t hold such extreme views and who instead embrace an open and psychologically safe culture.” But Menon believes there would be an element of self-selecting: a candidate with extreme views wouldn’t necessarily want to work in a company whose culture doesn’t align to the views they hold.

Fortunately, both Patel and Menon believe such a negative consequence of an otherwise positive and inclusive workplace initiative would be rare, anyway, particularly if the company fosters strong values which align with D&I initiatives.

Creating a genuine sense of belonging for all employees, Patel insists, should be a key part of all workplace D&I strategies, yet there’s often confusion how it all interlinks.

Citing Verna Myer, cultural change analyst who first coined the party analogy to explain the key D&I concepts, Patel adds: “Diversity is being invited to the party, inclusion is being asked to choose the song, belonging is being able to dance how you like and equity is having appropriate transport to get you there.”