Are there any Black dyslexic role models?

Are there any Black dyslexic role models? 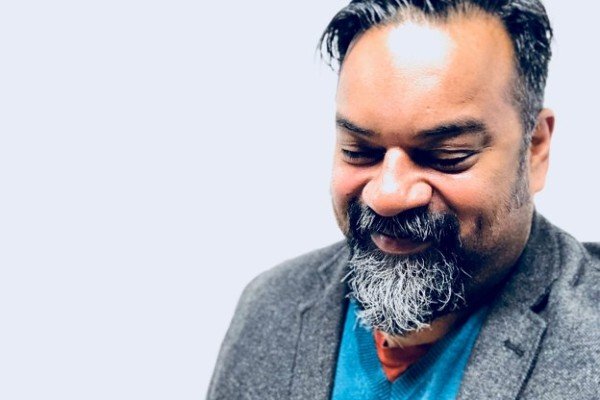 Role models can help us to feel accepted and normalised. But as we have a deficit-based model around dyslexia in the UK, shaped around the problematisation of difficulties rather than a celebration of what neurodiversity brings, this doesn’t encourage people to come forward with or without a diagnosis when they can’t see any role models they can relate to.

Recognising that the colour of your skin can give you greater access to power and resources, than people of colour, is important. Being White gives you an ability to move through the world with an expectation that your needs can be met, whilst people of colour are moving through the world on the margins. It can be traumatic to find out you have a learning difference, when it jars with your cultural heritage and class, and is not really understood or accepted.

Whether we see dyslexia as a learning strength or a disabling dynamic depends on many factors. While we’ve got Richard Branson, who is famous for being an innovative entrepreneur and a “dyslexic genius”, where are the BAME dyslexic role models that kids can relate to and be inspired by? Role models can help us feel a sense of emotional belonging, familiarity and safety.

Growing up on a council estate in Thamesmead, as a young Bangladeshi with dyslexia, I often spent my time at school navigating racism and the fact that I seemed to think differently from my peers. I would rarely speak up in class and I would go to great lengths to hide any handwritten work, which was often illegible – it was a constant stress being told off for not writing enough and dealing with accusations of laziness. The punishment of regularly being sent to the Deputy Headteacher and not knowing what I had done wrong reinforced isolation and shame.

It’s often still the case, but particularly at that time, dyslexia was rarely picked up in working class or migrant BAME communities, and it certainly wasn’t recognised as an innovative or creative force. For me, struggling to fit in with a different language and culture was enough to contend with, but a different skin colour was non-maskable. Having a learning difference on top was too much to feel any pride in.

Born in the context of “learning isolation”, where confidence and self-esteem are easy casualties, especially when thinking differently, was rarely rewarded and especially from people who looked so different from me. As Brown children, we quickly come to recognise our parents’ fears and challenges and the expectation that we must do more at school or in the workplace.

If a young BAME person doesn’t get excited about neurodiversity, then they’re more likely to be surviving in society rather than thriving. I left school at 16 and worked in a bank and was just surviving, but after visiting Palestine and seeing how kids were fighting for an education knowing that they could be shot at, I found my voice. This led to co-founding Zaytoun, an award-winning social enterprise selling fair-trade Palestinian artisan foods, in new trade markets beyond the West Bank. I was told this was impossible, but because of my alternative way of thinking I worked to make it possible.

When I later went to university, I struggled so much with the essay writing that I dropped out. The Head of Development Studies at SOAS came to see me and explained that what I said in class didn’t match what was in my essays, and because of this he thought I had dyslexia. I then got the diagnosis which was cathartic. It was a complete relief and marked a new beginning.

Since then, I’ve used and created techniques such as mind mapping or using different colours to highlight the tasks I need to do each day. I later co-founded Diversity and Ability, another award-winning social enterprise which has gone on to support over 20,000 disabled and neurodivergent people in education, the workplace and through social justice projects. We believe in the people we are supporting – it’s not just about teaching tools to support neurodiversity, but it’s about inclusion, belonging and the safety of that. Every day I look at the organisation and smile, knowing it’s the organisation I needed when I was younger.

We need to be anticipatory in welcoming diversity of thought, to make sure all children can access the support they need to soar, rather than seeing difference as a problem and a source of fear. We need more dyslexic role models and changemakers that look and feel like us. Trusting the assets of learning differences, and our unique lived experiences can truly change the world – perhaps it’s the only thing that ever does.